Steffi Graf Net Worth: Steffi Graf is a German former World No. 1 tennis player who has a net worth of $145 million. That is a combined net worth with her husband of 20+ years, fellow retired professional tennis player Andre Agassi.

Career Earnings: During her career Steffi earned $21 million in tournament prizes. That's the same as around $40 million in today's dollars. She earned tens of millions more from endorsements.

Early Life and Career Beginnings: Stefanie Maria Graf was born on June 14, 1969 in Mannheim, West Germany, the daughter of Heidi Schalk and Peter Graf. Her father was an aspiring tennis coach, introducing Graf to the game by teaching her how to wield a wooden racket at the age of three. At the age of four, she began practicing on court, and entered her first tournament when she was five. Soon enough, she was winning the top prize at numerous junior tournaments.

In 1982, Graf participated in her first professional tournament, ultimately losing her first round match to US Open champion Tracy Austin. The following year, at age thirteen, she began her first full professional year, and was ranked world number 124. Although she didn't win any titles over the following three years, her rank consistently climbed, landing her at world number six in 1985. In April of 1986, Graf won her first Women's Tennis Association tournament, and the next year, amassed six tournament victories heading into the French Open. On a hot streak, Graf ultimately surpassed Martina Navratilova to take the world number one ranking, which she held on to for 186 more consecutive weeks.

Grand Slam and Golden Slam: Graf began 1988 by defeating Chris Evert and winning the Australian Open, not losing a single set during the tournament. She then won the tournament in Berlin, defended her title at the French Open, and conquered Wimbledon by coming from behind to defeat Navratilova. Finally, upon winning the US Open, Graf took the Grand Slam title, the only such title in history completed across three surfaces: clay, hard court, and grass. The cherry on top of this honor came during the summer Olympic Games in Seoul, where Graf beat Gabriela Sabatini in the gold medal match, and became the first and only Golden Slam winner in history.

New Dominance, Injuries, and Final Tour Years: After dealing with a series of injuries and losses in the intervening years, Graf came back on top in 1993, winning three of four Grand Slam events in addition to the Virginia Slims championships. She won her first French Open since 1988, and conquered Wimbledon by defeating Jana Novotná. The next year, she won the Australian Open and an assortment of tournaments across the globe. However, while competing (and winning) in San Diego, Graf aggravated a long-time back injury, and developed a bone spur at the base of her spine due to a congenital condition. From 1994 to 1996, various ailments and surgeries disrupted her career, causing her to withdraw twice from the Australian Open. Despite the setbacks, Graf still managed to win a number of titles, including Wimbledon in 1995. The final of that championship is widely recognized as one of the most exciting in women's major finals history, with a dramatic third set that involved a 16-minute long, 13-deuce game.

Graf's final tour years from 1997 to 1999 were plagued with further injuries to her knees and back, causing her to lose her world number one ranking and, for the first time in a decade, the Grand Slam title. After racking up a handful of high-profile wins, Graf finally announced her retirement from the women's tour in 1999, attributing the decision to a loss of motivation.

Tax Issues: In 1995 Steffi was accused of tax evasion by German tax authorities related to earnings from early in her career. Steffi places the blame on her father who was her financial manager during those early years. Her father was arrested, convicted and sentenced to 45 months in jail. He served 25 months. Steffi had to pay 1.3 million Deutsche Marks in penalties and fines.

Post-Career Matches: As part of her farewell tour in 1999 and 2000, Graf played a series of global exhibition matches against past competitors. These included games against Amanda Coetzer in South Africa, Jelena Dokic in New Zealand, and Sánchez Vicario in Spain; the latter match was the first head-to-head between the two women since 1996. Graf later participated in a number of other exhibitions in cities including Tokyo, Berlin, and Washington, DC.

Personal Life: Throughout her career, Graf split her time between Brühl, Germany; Boca Raton, Florida; and the SoHo neighborhood of New York City, where she owned a penthouse located in the former Police Headquarters Building. In her romantic life, Graf dated racing driver Michael Bartels from 1992 to 1999; she then dated fellow professional tennis player Andre Agassi, whom she married in 2001. Graf and Agassi have two children, a son and a daughter, and live in the Summerlin community in the Las Vegas Valley. On the business side of things, Graf is the founder and chairperson of Children for Tomorrow, a non-profit foundation that develops projects to support traumatized kids.

Legacy and Honors: In 1999, a panel of experts at the Associated Press named Graf the 20th century's greatest female tennis player. Later, in 2012, Tennis Channel chose her as the greatest female tennis player of all time, a distinction echoed by a Tennis.com reader poll in 2018. Further honors include seven years as International Tennis Federation World Champion; eight years as Women's Tennis Association Player of the Year; and five years as German Sportsperson of the Year. In 2004, Graf was inducted into the International Tennis Hall of Fame, and in 2008 entered into the German Sports Hall of Fame. 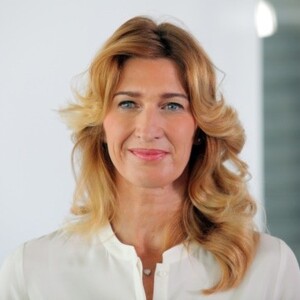