Stefanos Tsitsipas Net Worth: Stefanos Tsitsipas is a Greek professional tennis player with a net worth of $11 million. As of 2021, he is the youngest player to enjoy a top-ten ranking within the ATP, and he has reached top-five ranking in the past. These records also make him the highest-ranked Greek player in history. Stefanos made a name for himself after winning the 2019 ATP Finals, becoming the youngest player to accomplish this feat in over 18 years.

Tsitsipas was introduced to tennis at a young age by his father, who was trained as a tennis coach. He was swinging a racket at the age of just three, and by the age of six he was committed to regular tennis lessons. His potential soon became obvious when he reached the number-one ranking in the world as a junior player. After training extensively in France, Stefanos Tsitsipas went on to make his professional debut and had won his first ATP match by 2017. Numerous titles followed in 2018, and today Stefanos is considered one of the best players in the tennis world.

Early Life: Stefanos Tsitsipas was born on August 12th of 1998 in Athens, Greece. Raised by a Greek father and a Russian mother who are both experienced tennis players, Tsitsipas quickly accepted the immense influence of tennis on his upbringing. His mother was once the top-ranked junior player in the world who represented the Soviet Union at a professional level. Both his mother and father worked as tennis instructors, and they had four other children aside from Stefanos. All of their children went on to become tennis players.

At the age of three, Tsitsipas started working with his father and learned how to hit tennis balls with a racket. He also watched tennis games on television with his family on a regular basis. Although Stefanos also played other sports while growing up, he eventually made the decision to focus on a career as a future tennis professional. Tsitsipas later stated that his father did not "make the decision for him," and that he himself chose this career path as a nine-year-old.

After enrolling in tennis lessons in Athens, Stefanos' father became his primary coach – a position that he still holds to this day. Tennis is not a very popular sport in Greece, and this is something that Tsitsipas has promised to change over the course of his career. In order to train his children more efficiently, Stefanos' father formally studied tennis coaching at the University of Athens. In 2015, Stefanos went on to study at the Patrick Mouratoglou Academy in France, although he returned to Greece regularly to train as well.

Junior Career: At the age of 14, Tsitsipas began playing on the ITF junior circuit. By 2015, he was competing in Grand Slam tournaments. His best result during this period was a quarterfinal finish at the Australian Open. By the end of 2015, he had reached a number-14 ranking as a world junior.

In 2016, Stefanos raised his game considerably. He reached the quarterfinals of all eight tournaments he entered, which included four Grand Slams. After winning his first title at the Trofeo Bonfiglio, Tsitsipas earned the number-one world ranking amongst juniors. Another notable win came when he partnered with Kenneth Raisma to win at Wimbledon in the doubles. By the end of his time as a junior, he had moved down to number two in the world rankings. 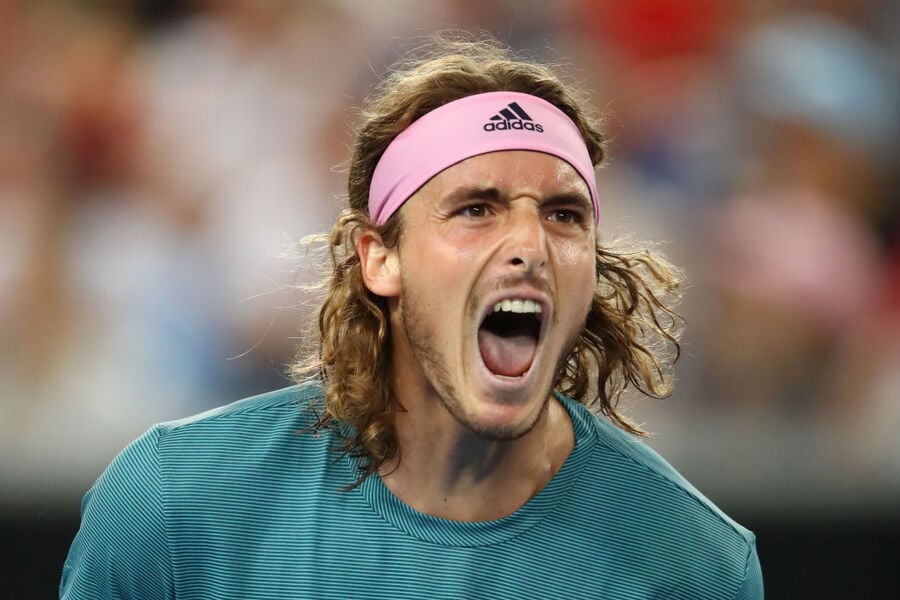 Professional Career: In 2017, Stefanos played in his first ATP main draw at the Rotterdam Open. He lost this debut match and a number of other matches. His first win came after he claimed the Challenger title in Genova. By the age of 19, Tsitsipas had risen to the top 100 in the ATP rankings. It wasn't until 2018 that Stefanos truly broke through. This year, he reached the Masters final, and became the Next Gen ATP Finals champion. By the end of the year, he was named the ATP Most Improved Player.

In 2019, Tsitsipas' success continued. He became the ATP Finals Champion, reached the Australian Open semifinal, and claimed a top-five ATP ranking. In 2020, Stefanos initially struggled to maintain the same level of performance he had displayed in the previous two years. His major accomplishment that year was reaching the French Open semifinal. However, he was unable to defend his 2019 ATP Finals title. In 2021, he reached the Australian Open semifinal for the second time in his career.

Playing Style: Tsitsipas is a well-rounded player, but he prefers to take an aggressive approach. Described as a baseliner, Stefanos focuses on powerful groundstrokes, using a semi-western grip to deliver strong forehands. His serve is also quite powerful, and he typically utilizes considerable topspin. This strategy results in him going to the net more often than a normal baseline player. His weaknesses include making unforced errors, overhitting, and returning serves on the backhand side.

One of the most unique things about Tsitsipas is the fact that he prefers a one-handed backhand. This is quite rare in modern tennis, although greats such as Roger Federer have also utilized this method. Because Stefanos grew up playing on clay in Greece, he excels on this surface. That being said, his favorite surface is actually grass. His calm and composed demeanor have won him considerable praise from critics.

Near-Drowning Incident: While Tsitsipas was still a junior tennis player, he suffered a near-death experience in Crete. During a break between games, Stefanos was swimming in the sea. A current carried him away from the shore, and he almost drowned. His father saved his life, and the incident has stayed with Tsitsipas for the rest of his life. In fact, he credits his "fearless" playing style to this incident. 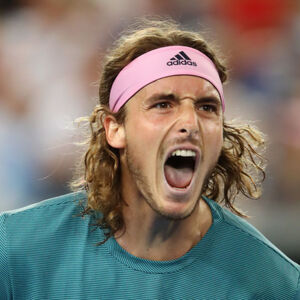