Stan Wawrinka net worth: Stan Wawrinka is a Swiss tennis player who has a net worth of $20 million. Stan Wawrinka is probably best known for winning numerous Grand Slam singles titles, including the 2014 Australian Open, the 2015 French Open and the 2016 US Open. He also won a gold medal for Switzerland in the men's doubles event at the 2008 Summer Olympics, while partnering with Roger Federer. He was also part of the Swiss team that won the Davis Cup in 2014. As of this writing he has earned over $35 million in tournament money alone.

Stanislas Wawrinka was born in Switzerland in 1985 to a Czech family that had immigrated to Switzerland in 1946. He grew up one of four children on his family's farm called "Ferme du Chateau," which is connected with the castle of Saint-Barthelemy. The farm assists people with mild to moderate intellectual disabilities and people with depression or drug and alcohol problems. Wawrinka attended the Rudolf Steiner School in Crissier until the age 15, when he left to focus full-time on tennis, while he continued his schooling by distance education with the French organization CNED. He started playing international junior events at age 14 and entered the satellite circuit the following year. By 2003, Wawrinka had won the French Open Junior championships and reached as high as No. 7 in the junior world rankings. Wawrinka turned pro in 2002 at the age of 17. By the end of 2005, he hovered just outside the top 50.  Wawrinka considers clay his best surface and his serve and backhand his best shots. Stan Wawrinka married Ilham Vuilloud, a Swiss television presenter and former fashion model in 2009, and the couple have one daughter named, Alexia. In 2015, it was reported that the pair had recently separated. 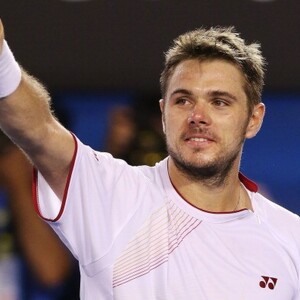