Sloane Stephens net worth: Sloane Stephens is an American professional tennis player who has a net worth of $20 million dollars. Outside of the tens of millions she has earned in tournament prizes, Sloane also has lucrative endorsement deals with Nike, Rolex, Mercedes Benz and Under Armour.

Sloane Stephens was born in Plantation, Florida, and began playing tennis when she was nine years old. It was clear that she had talent early on, and her family began home-schooling her when she was twelve in order to accommodate her tennis schedule. She began to gain notice in 2008, when she reached the finals of the US Open Junior Doubles competition. She would go one to win multiple matches, as well as reach the quarterfinals or semi-finals for Junior Grand Slam events throughout 2009. In 2010, she and her partner, Timea Babos, won the Junior Doubles title at the French Open, the US Open, and Wimbledon. She began playing on the ITF circuit in 2007, and by the end of 2011, she was the youngest player in the Top 100. Since 2012, she has risen through the ranks rapidly. She reached the fourth round of the French Open in 2012 and 2013; the fourth round of the US Open in 2013; the quarterfinals of Wimbledon in 2013, and the semi-finals of the Australian Open in 2013. Her highest rank so far has been #3 in the world.

In September 2017, Sloane won the US Open. When she started the tournament, her world ranking was #83. She won $3.7 million which was nearly half of her career earnings up to that point.

Sloane owns a number of properties in the Los Angeles area. In 2020 she sold a home in the LA suburb of Sherman Oaks for $1.3 million and soon thereafter bought a home in Studio City for $2.2 million. She also owns a $2.4 million a home in Little Holmby.

In August 2021 Sloane paid just under $7 million for a new home in Sherman Oaks, California. 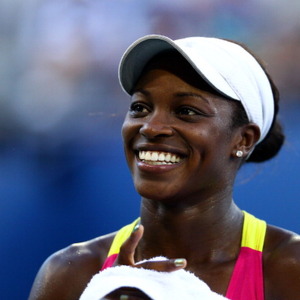