Simona Halep net worth: Simona Halep is a Romanian professional tennis player who has a net worth of $30 million. Simona Halep was born in Constanta, Romania in September 1991. She turned professional in 2008 and has won more than $33 million in prize money throughout her career. At various times in her career she has been ranked as the #1 female player in the world.

She first reached the women's Top 10 in 2014 when she reached the quarterfinal of the Australian Open. In 2013 Halep won six WTA titles and was named the WTA's Most Improved Player. She reached the final of the 2014 French Open against Maria Sharapova. Halep also reached the final of the WTA Finals in 2014 and lost to Serena Williams. She holds victories over Venus Williams, Serena Williams, Caroline Wozniacki, Petra Kvitova, Ana Ivanovic, Li Na, Jelena Jankovic, and Samantha Stosur. Halep was endorsed by Adidas for many years until she switched to Nike in February 2018. She also has had sponsorships with companies like Lacoste, Hublot, Mercedes Benz and Vodafone. In October 2017, Simona was officially ranked as the #1 women's player in the world. On July 7, 2018 Simona Halep was upset in the third round of Wimbledon by an unseeded player named Su-Wei Hsieh. On July 13, 2019 Simona returned to Wimbeldon and won the entire tournament. In the finals she defeated SerenaWilliams in just 56 minutes. 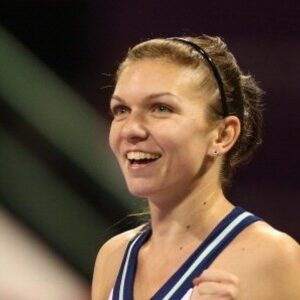