Ryan Sweeting Net Worth: Ryan Sweeting is a professional tennis player who has a net worth $2 million. Having been born in Nassau, Bahamas, Ryan grew up in Lauderdale, Florida, where he lived and soon began training to become a professional tennis player. He began his career when he won the US Open Boys' Singles title, winning with a score of 6-4.

Throughout his junior years, he amassed a record of 94-51, and he managed to cinch the second spot in the junior world rankings. His junior slam results are as follows: Australian Open: 3R, Wimbledon: 2R, French Open: 1R, US Open: W. In 2006, he joined the University of Florida in Gainesville Florida. There he began to play for the Florida Gators tennis team for men. It was during that same year that he was given a US citizenship. His first professional, and American debut, came when he beat Guillermo Coria from Argentina, in just the first round. Ryan also got the opportunity to serve as a practice partner during the 2006 World Group Semifinal. In 2007-2008, Ryan turned professional and won 4 ProCircuit double titles. In 2008, he won the Rimouski Challenger in Canada, where he attained his first ProCircuit singles title. At the end of 2008, he ranked as number 216 on the ATP World Rankings. In 2009, his most win was the Dallas Challenger singles title, with a record of not dropping even one set, beating the likes of Kevin Kim and Rajeev Ram. In 2011, Ryan won his very first ATP World Tour singles title, at the US Men's Clay Court Championships in Houston. In 2013, Ryan became engaged to actress Kaley Cuoco. In September 2015, Ryan and Kayley announced that they were divorcing after a little less than two years of marriage. 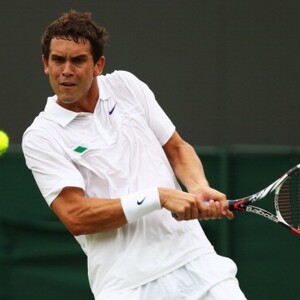