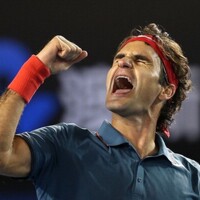 What is Roger Federer's net worth and total career earnings?

Roger Federer is a Swiss-born retired professional tennis player who has a net worth of $550 million. During his professional career Roger Federer's Association of Tennis Professionals (ATP) career earnings totaled $130 million. At the time of his retirement that stood as the third-highest amount earned in tennis history behind the $131 million earned by Rafael Nadal and and $159 million earned by Novak Djokovic. On top of his tournament earnings, Roger has earned around $1 billion from endorsements during his career so far.

On September 15, 2022 Roger Federer announced he was retiring from professional tennis.

Roger Federer was born on August 8th, 1981 in Basel, Switzerland to parents Robert and Lynette. Federer began playing tennis with his parents and older sister Diana at a very early age and quickly showed signs that he had a great talent for the game. At the age of eight, Roger joined the Basel junior tennis program and at ten, he met Australian player Peter Carter who saw the youngster's potential. Carter and Federer trained together for the next four years until, at the age of 13, Roger accepted an invitation to attend Switzerland's national tennis training center. At the time, the training center was located two hours away from Roger's home in a part of Switzerland that spoke mostly French. Federer trained there for three years until a new facility was opened closer to his home in Biel. Peter Carter was one of the instructors at the new training center and his guidance helped Federer quickly rise up the world's top junior rankings. As an amateur, Roger won the Wimbledon junior singles and double titles and was eventually the number one ranked ITF player in the world.

Soon after turning pro in 1999, Roger reached the semifinals of a tournament in Vienna. After a few more high-profile wins, Roger became the youngest member of the ATP's top 100. In 2000 Roger represented Switzerland at the Olympics. He did not win any medals but surprised many by reaching the semifinals. He was ultimately defeated by Tommy Haas and Arnaud Di Pasquale.

In 2001 Roger's potential came to full bloom when he won his first ATP singles title. He followed this triumph at the Davis Cup where he and his fellow Swiss teammates defeated the United States. All of these successes led to the press coining the term "Federer Express" in their headlines. Roger went on to win his first two ATP doubles titles and end the season ranked #13 in singles.

One night Roger received many missed phone calls from his Coach Peter Lundgren. By the time he finally picked up the messages, Roger found out that his former mentor and friend Peter Carter had died. Carter's death shook Roger to the core. He realized that he had not lived up to anything that Carter had taught him as a tennis player and even a man. Roger decided at that moment that it was time to step up his game on and off the court.

Roger Federer would eventually become the number-one ranked player in the world, a title he held for a record 237 consecutive weeks from February 2004 to August 2008. In 2012, Roger lost his first singles medal to Andy Murray at the London 2012 Olympic Games. Federer, in 2013, injured his back and struggled to bounce back, causing his rankings to fall. However, he regained some of his strength and went on to defeat Richard Gasquet to clinch the Davis Cup in Switzerland. He lost the Wimbledon match in 2014 to Novak Djokovic in the final, but later that year defeated both Djokovic and Andy Murray to win the Cincinnati Masters for the seventh time. At the US Open, Roger advanced to his first final since 2009. In the final, Federer was once again defeated by Djokovic. He announced in December 2016 that he would enter the ATP World Tour season with a new coaching team. He participated in the 2016 Australian open and, once again, was defeated by Djokovic in four sets. He sustained a knee injury and had surgery to repair torn ligaments. In July of that year, he announced he would miss the 2016 Olympics and the remainder of the season in order to recover from his knee injury.

In 2017, Federer played in the Hopman Cup and the Australian Open in January 2017. He won the Australian Open, defeating Rafael Nadal in the final, and it also marked his 100th match at the games. Federer lost in the semifinals to Borna Coric in the 2018 Shanghai Masters. In 2018, Roger played the French Open for the first time in four years. He got to the semifinals but lost to 11-time champion Nadal. He skipped the Olympics in Rio that year, due to recovering from yet another knee injury. In 2020, Roger began his season at the 2020 Australian Open, and lost his semifinal match to Djokovic and sustained another knee injury. He subsequently withdrew from further competitions, citing needing time for his knee to recover. 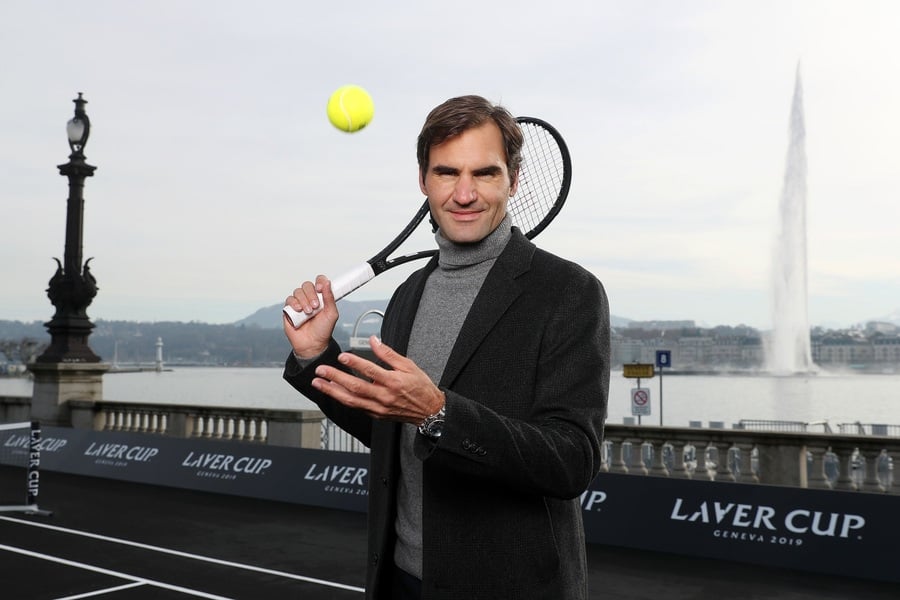 As of this writing, Roger Federer has won Wimbledon eight times, the Australian Open six times, the French Open once and the US Open five times in a row. He has won the Grand Slam tournament 20 times, (and was the first men's singles player to have reached ten Grand Slam tournament finals in a row), more than any other men's singles player. Federer was ranked among the top eight tennis players in the world for 14 consecutive years, from 2002-2016. Roger has won the ATP Player of the Year five times and has also become the ITF World Champion five times in a row. In 2016, Federer ranked number one on a list of the most recognizable people in Switzerland, even surpassing the likes of William Tell and Albert Einstein.

Federer is hugely popular in the sporting world and has often been called a legend and the Greatest of All Time (GOAT). Tennis.com named him the greatest male player of the open era. He was named Swiss Sports Personality of the Year seven times consecutively. Federer won the BBC Overseas Sports Personality of the Year award four times. It's been said that Roger Federer helped lead a revival and won the sport of tennis renewed attention and interest. There was increased interest in the game of tennis in his heyday, leading to higher revenues for many venues across the sport.

Federer has become one of the highest-paid athletes in the world both on and off the court. Between June 2016 and June 2017, Federer earned an estimated $71.5 million, of which $65 million came from endorsements.

Federer married Women's Tennis Association player Miroslava Vavrinec (now Federer) in April 2009 at Wenkenhof Villa near Basel, Switzerland. They met in 2000 at the Sydney Olympics while they were both playing on Team Switzerland. They immediately began dating upon meeting. Miroslava gave birth to identical twin girls in 2009, and the couple had another set of identical twins – this time boys – in 2014.

Roger established the Roger Federer Foundation in 2003 with the goal of helping disadvantaged children and increasing their access to both education and sport. Federer has been a longtime supporter of the South Africa-Swiss charity IMBEWU, which has similar goals to his foundation and also focuses on social and health awareness of disadvantaged youth. In 2005, Federer auctioned off his US Open racquet and donated the earnings to victims of Hurricane Katrina. In response to the 2010 Haiti earthquake, Federer collaborated with other players to put together a charity event during the Australian Open. All proceeds went to the earthquake victims.