Rod Laver net worth: Rod Laver is an Australian former professional tennis player who has a net worth of $20 million. Rod Laver was born in Rockhampton, Queensland, Australia in August 1938. He turned professional in 1963 and retired in 1979 making $1.56 million in prize money. He was the first tennis player in history to earn over $1 million from tournament winnings. He won a then-unheard-of $300 thousand in 1971 alone. When adjusting for inflation, Rod earned roughly $5 million playing professional tennis. He was therefore not particularly wealthy when he retired. At least, not wealthy enough to never work again. Following his wife Mary's lead, Rod set about to arrange a series of corporate endorsement deals that paved the way for the modern athlete to earn money outside of their sport. Mary, a divorcee with three kids, forced Rod to invest in stocks and bonds and in his free time appear at tournaments for a fee. She also helped him set up what would become a lucrative franchise of tennis camps in Hilton Head, South Carolina and Boca Raton, Florida. The Lavers bought a series of properties in California that Rod owns to this day, though Mary passed away in 2012. Rod owns a large mansion in Palm Springs, a ranch in Solvang and an impressive primary residence in Carlsbad, California. 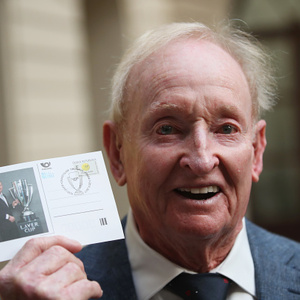