Roberta Vinci net worth: Roberta Vinci is an Italian tennis player who has a net worth of $4 million. To date she has won 9 WTA singles titles, and 25 doubles titles, including the 2012 French Open, the 2012 US Open, the 2013 and 2014 Australian Opens, and the 2014 Wimbledon titles, which she won with her regular partner, Sara Errani.

The pair became the fifth pair in tennis history to complete a Career Grand Slam. Roberta Vinci was born in Taranto, Italy and was introduced to the game of tennis at the age of 6. She made her debut at an ITF tournament in Italy in 1999. She qualified for her first Grand Slam at the 2001 US Open, but lost to Martina Sucha in the first round. In 2005, she had a career victory when she beat former world #2, and 2004 French Open Champion Anastasia Myskina in the quarterfinals. 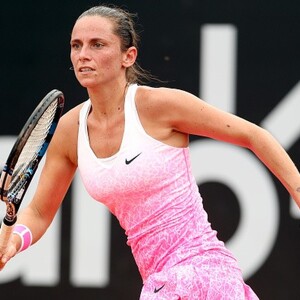