How much is Rafael Nadal Worth?

Rafael Nadal net worth, salary and career earnings: Rafael Nadal is a Spanish professional tennis player who has a net worth of $200 million dollars. Regarded as one of the best tennis players of all time, Rafael Nadal has won countless tournaments over the years. Known as the "king of clay," Nadal holds a record of 82 consecutive wins on a single surface (clay).

He also won at least one Grand Slam every year for ten years straight – another record. Over the course of his career, Nadal has won many awards, including the Sportsmanship Award and five ATP Player of the Year awards. He was also named ITF World Champion four times and won the Laureus World Sportsman of the Year once.

In a given year Rafael earns $40 million from tournament winnings, appearance fees and endorsements.

Early Life: Rafael Nadal was born June 3rd of 1986 in Mallorca, Spain. His father was a businessman who owned several companies, and his uncle was a former professional footballer. A different uncle saw Nadal's athletic potential when the boy was just three years old and encouraged him to start learning how to play tennis. By the time he was eight, Rafael Nadal was winning under-12 tennis championships while also showing potential as a footballer. Eventually, Nadal's father made him choose one sport or the other to create more time for schoolwork.

Although the Spanish tennis federation wanted Nadal to relocate to Barcelona to train with funding from the government, his family refused to let him leave home. His father covered the costs of his training instead, and he continued to develop in Mallorca. In 2001, when Nadal was just 15 years old, he defeated retired professional Pat Clash in an exhibition match.

Career: Later that year, Nadal began his professional career at age 15. Early victories soon came, and Nadal became the ninth player in history to win an ATP match before the age of 16. Next year, he reached the semi-finals at the Boys' Singles tournament at Wimbledon. He also participated in Spain's win against the United States in the Junior Davis Cup.

In 2003, Nadal was ranked no. 79 in the world and continued to build on his earlier success. He participated in various tournaments and won his first ATP title (a doubles event) in Croatia. Next year, he won his first ATP title for singles when he won the Prokon Open. He also played Federer for the first time, emerging victorious, and registered his first win in a singles event during the Davis Cup.

During the next few years, Nadal continued his rivalry with Federer and won more Grand Slam titles. In 2005, Nadal won 79 matches while Federer won 81. This was a period where Nadal established his dominance on clay courts, and he eventually beat Federer in the final of the French Open, becoming the first-ever player to claim victory against Federer in a Grand Slam final. By the end of the year, Nadal had cemented his position as the second-ranked player in the world.

Federer and Nadal traded victories and losses once again in 2007, although rumors of injuries would plague Nadal leading into 2008. That year, he met Federer in the Wimbledon final for what many consider to be the greatest tennis match of all time. Because of rain delays and evenly matched skills, the match became the longest in Wimbledon history. Finally, Nadal won the final set just before the court was eclipsed by darkness. Nadal finished the year with a number one world ranking. 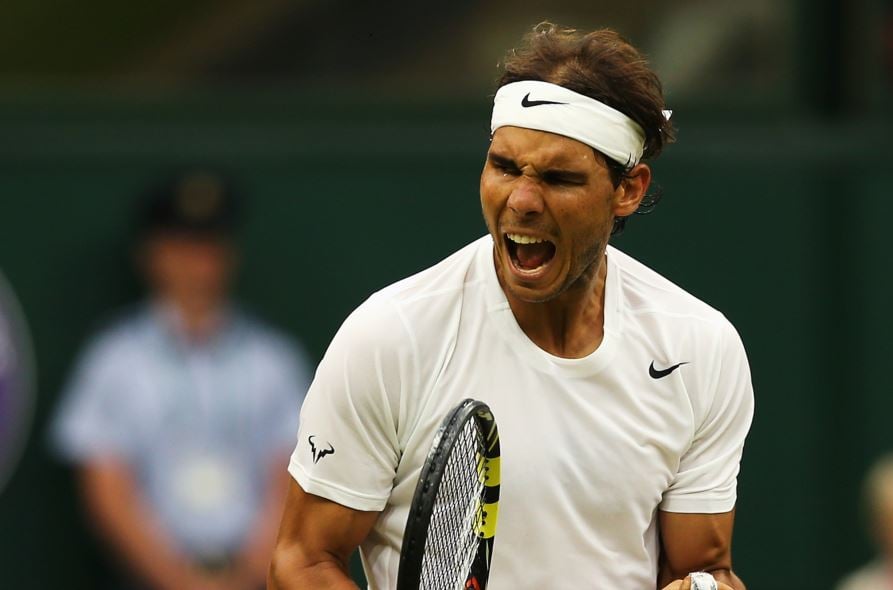 In 2010, Nadal completed his career golden slam by winning all four Grand Slam titles. During the next few years, Nadal continued to experience success on the court, although he was still troubled by injuries. By 2015, his success began to falter, and he failed to win a Grand Slam. This meant that his ten-year streak of winning at least one title per year had come to an end. Although he won an Olympic Gold medal in 2016, the year was also somewhat disappointing as he had to stop in order to let his wrist heal.

Nadal began 2017 with another loss against Federer, although he did reach the Grand Slam final for the first time since 2014. He also lost against Federer in the finals of the Miami Masters, marking a turning point in their rivalry in favor of Federer. However, he managed to win the French Open for a record tenth time, consolidating his position as number one in the world once again. With this accomplishment, Nadal was the first player over 30 to finish the year at the top rank.

In 2018, Djokovic replaced Nadal as number one in the world despite a solid season from the Spanish player. In 2019, he won the French Open yet again, giving him 12 total wins at the event. He finished the year with the number one ranking yet again – at age 33. This marked an extraordinary stretch of number-one rankings that first began in 2005.

Endorsements: Rafael has a close relationship with Kia Motors, which has sponsored him since 2006. He is also sponsored by Nike, and this company designed clothing specifically for Nadal over the years. In addition, he has endorsements with Lanvin colognes, Quely (a Mallorca-based food company), Emporio Armani, and PokerStars. 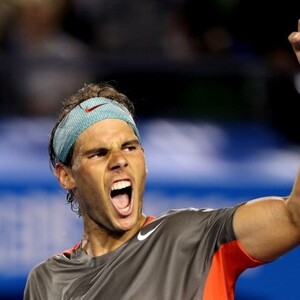