Petra Kvitova net worth: Petra Kvitova is a Czech professional tennis player who has a net worth of $24 million. Petra Kvitova was born in Bilovec, Czechoslovakia in March 1990. She turned professional in 2006 and has made more than $18 million in prize money. Kvitova has won 16 career singles titles and two Grand Slam titles at Wimbledon.

Her highest career ranking was #1 in October 2011 and as of August 2015 she was ranked #4. Her breakthrough season came in 2011 when she won her first ever Grand Slam title at the Wimbledon Championships over Maria Sharapova. Kvitova won the 2011 WTA Tour Championships and helped the Czech Republic win the Fed Cup. She defeated Eugenie Bouchard to win the 2014 Wimbledon Championships. Kvitova reached the semifinals of the 2012 French Open and the 2012 Australian Open. She also reached the quarter-finals of the 2012 Olympic Games and won the Hopman Cup in 2012. Kvitova was named the WTA Player of the Year in 2011 and the Czech Athlete of the year in 2011 and 2014. 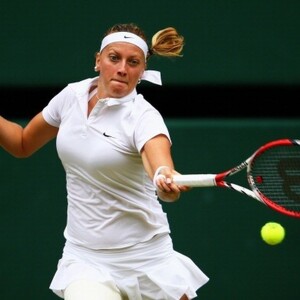