What is Peng Shuai's Net Worth?

Peng Shuai is a retired Chinese professional tennis player who has a net worth of $4 million. Peng Shuai was ranked the number 1 doubles player in 2014 by the Women's Tennis Association, becoming the first Chinese tennis player to ever achieve that ranking in either singles or doubles.

Peng was born on January 8, 1986 in Xiangtan, China. She began playing tennis at the age of 8 with an uncle who was a tennis coach. She had to take a break from tennis at the age of 13 when she was admitted to the hospital and underwent surgery to correct a heart defect. After she recovered from the surgery, she joined the Chinese state training program in Tianjin in 1999. The program was designed to train and produce internationally competitive athletes.

At the age of 15, Peng won her first singles title at Baotou. The same year, she debuted on the Women's Tennis Association Tour at Shanghai as a wildcard. Over the next three years, she was regularly win small singles titles. By 2004, she had risen in the WTA ranks to number 107 and was able to enter her first Grand Slam main draw at Wimbledon, though she was defeated. She ended 2004 in the 74th ranking slot.

By 2005, Peng made the controversial choice to "fly solo" and no longer giver half of her tournament earnings to the Chinese state training program. She was able to do so by threatening to stop playing unless the state allowed her to play more independently.

At the Australian Open in 2005, Peng won her first Grand Slam singles match by defeating Maria Elena Camerin. She finished that year with the ranking of 37. The years of 2006 and 2007 were rocky, though she did reach the third round of Wimbledon in 2006 and had one top-ten win against Amelie Mauresmo in 2007. 2008 was also full of both wins and losses and led Peng to deciding to work with a new tennis coach.

In 2009, she announced she would be coached full-time by Tarik Benhabiles. She then went on to win the Sydney International doubles title with Hsieh Su-wei. She later won the doubles title at the Italian Open and reached the quarterfinals at the French Open in doubles. At Wimbledon, she won against former world number 1, Maria Sharapova, though she lost in the quarterfinals to Nadia Petrova. By the end of 2009, she was ranked 13.

Peng suffered a series of injuries throughout 2010 but went on to have a successful 2011 and 2012. Her singles ranking started to drop throughout 2013 but she began to experience huge success as a doubles player. Paired with her childhood friend Hsieh Su-wei, Peng won five double's titles in 2013. She became the first Chinese player to win the WTA Tour Championship.

Peng continued playing doubles and singles tournaments at a high level throughout the rest of the 2010s. She cinched her first WTA singles title in 2016 at the Tianjin Open and her second in 2017 at the Jiangxi Open.

Peng has not played a tennis match since the February 2020 Qatar Total Open in Doha and officially announced her retirement in an interview in February of 2022. 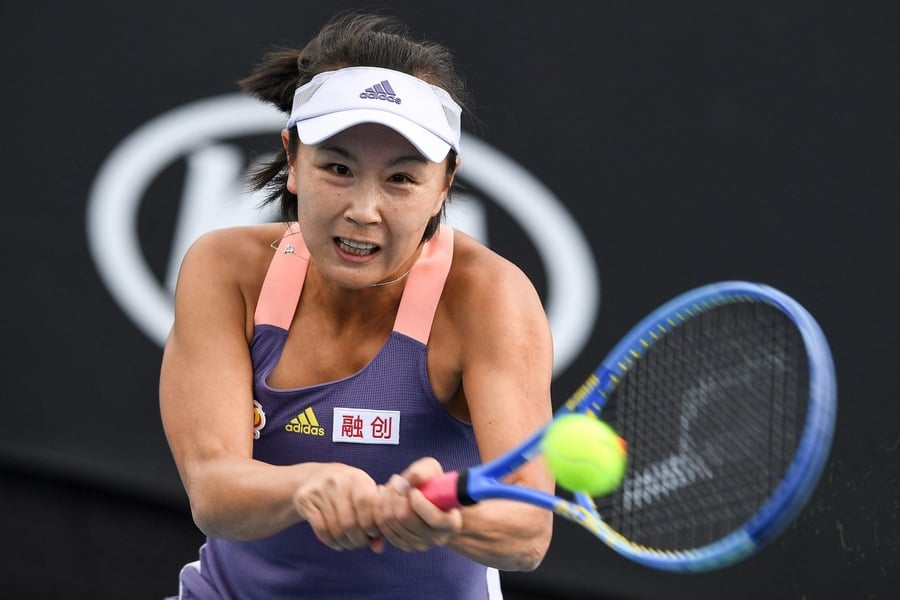 In November of 2021, Peng posted on Weibo, the popular Chinese social media platform, that she had been sexually assaulted by the retired Vice Premier of China, Zhang Gaoli, three years earlier. However, the post was removed from the platform 20 minutes after it was posted, though other media platforms had already taken screenshots of it. In the weeks afterward, Peng disappeared from the public view entirely, sparking concern for her health and safety among the international tennis community.

The WTA called on the Chinese authorities to launch an investigation into her disappearance. The state-associated Chinese Tennis Association issued a statement that Peng was safe, which did little to calm the international outcry. Shortly after, China Global Television Network released an email that Peng had allegedly written that stated she was safe resting at home and recanted her sexual assault allegation. However, many in the media felt the email was fake and called for further proof of her safety. The Chinese authorities then provided photos of Peng attending local tennis events and eating at restaurants.

Not satisfied, the WTA announced it would suspend all tournaments in China and Hong Kong. A month later, in December, a newspaper published a six-minute video of Peng in which she said she had just been staying at home. In the video, she also said she had never even written about or accused anyone of sexually assaulting her. A few months later, she appeared in an interview by a French newspaper in which she reiterated that she had never made such claims. Western media remains doubtful about Peng's freedom and many have stated they believe the interviews to be part of a Chinese propaganda effort to downplay the assault allegations.

In 2022, Peng was featured in Time magazine's "100 Most Influential People of 2022." Feminist activist Lu Pin wrote the piece on Peng and focused on her original post, subsequent disappearance, and the impact the story has had on the women's rights movement, particularly against authoritarian power. 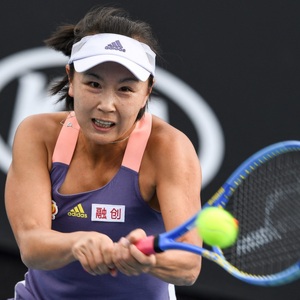