Patrick McEnroe net worth, salary and career earnings: Patrick McEnroe is an American former professional tennis player who has a net worth of $16 million dollars. Patrick McEnroe was born in Manhasset, New York, and began playing tennis while in elementary school. He won his first major competition in the early 80s, winning the junior French Open Doubles championship with Luke Jensen. He went on to win more junior titles, and a Gold in Doubles at the Pan American Games in 1987. He turned pro just after graduating from Stanford University with a degree in Political Science. The younger brother of John McEnroe, he was often overshadowed by his brother's success and fiery temper, but he enjoyed a moderately successful tennis career as well. He reached the quarterfinals at the US Open in 1995 and the semifinals at the Australian Open in 1991. He also won the singles competition at the Sydney Outdoor Championships. His doubles career was more successful, and he reached the finals at the French Open in 1991, and won the French Open and the Tour Finals in 1989. He retired in 1998. During his career, Patrick earned $3.1 million in prize money. Today Patrick serves as a TV commentator for ESPN and CBS Sports tennis matches.

Patrick has been married to singer/actress Melissa Errico since 1998. They have three daughters. For many years they lived in the Nolita neighborhood of New York City. In 2014 the couple sold their longtime home for $4.99 million. Right around the time of the sale, they paid $5 million for a co-op in Greenwich Village. In 2016 they listed this home for sale for $8.5 million. 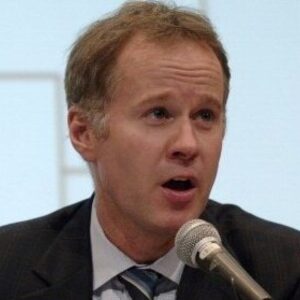