What is Naomi Osaka's Net Worth and Career Earnings?

Osaka was born on October 16, 1997 in Chuo-ku, Osaka, Japan. Her mother, Tamaki Osaka, and her father, Leonard Francois, raised her along with her older sister Mari. Her mother is Japanese while her father is Haitian. Osaka spent the first three years of her life in Japan before the family moved to Elmont, New York on Long Island, where they lived with her father's parents. Her father was heavily influenced by Richards Williams, the father of Venus and Serena Williams, and emulated how he trained his daughters to become the best in tennis, though he had never played tennis himself.

When she was nine years old, the family moved to Florida so that her and her sister could benefit from better opportunities to train in tennis. During the days, she would practice on the Pembroke Pines public courts while she homeschooled at night. She began working with coach Patrick Tauma at the ISP Academy when she was 15 years old. In 2014, she moved to the Harold Solomon Tennis Academy and then later began training at the ProWorld Tennis Academy. Although most of her training and upbringing took place in the United States, her parents decided from early on that their daughters would represented Japan if given the opportunity.

Osaka skipped the premier international junior tour, the ITF Junior Circuit, and instead played her first qualifying professional match on her 14th birthday. A few months later, she made her professional main draw debut in a doubles match that she played with her sister, Mari. In September of 2013, Osaka officially turned professional just before she turned 16. During her first year as a professional, she climbed from 406 to 250 in the WTA rankings. In 2015, she qualified for the last two Grand Slam singles events of the season, Wimbledon and the US Open.

In 2016, Osaka began the season by playing three tournaments in Australia. She made it to the third round of the Australian Open, upsetting a couple of notable players that were higher ranked than her. Following a few more successful key matches in the United States, she cracked the top 100 WTA rankings for the first time. At the end of the 2016 season, she was named the WTA Newcomer of the Year.

The 2017 season was also a successful season for Osaka, though she did not climb any further in the rankings. The following year, in 2018, Osaka hired coach Sascha Bajin during the offseason in order to better prepare for the season. Following a successful opening at the Australia Open, she climbed into the top 50. She soon after won the Indian Wells Open, a career breakthrough as it marked her first professional title. The following week, she also beat her childhood idol, Serena Williams, in the Miami Open. The middle of the season was relatively quiet, though she kept climbing in the rankings to reach the no. 4 spot in the world by the end of the season. 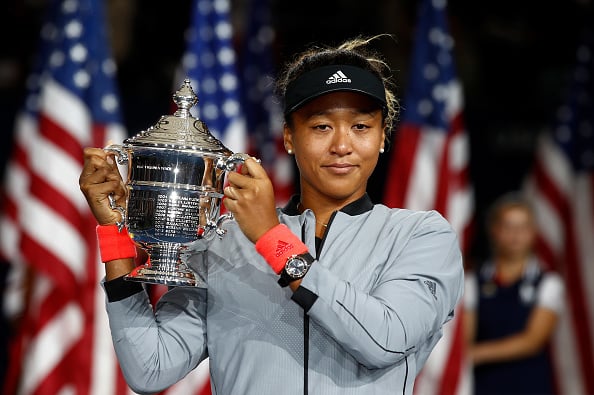 She opened the 2019 season by winning the Australian Open, which earned her the no. 1 world ranking. She was the first Asian player to ever be ranked no. 1 in the world singles rankings. After a few losses later in the season, her ranking dropped down to no. 3 in the world.

In 2020, Osaka only played four tournaments due to the arrival of the Covid-19 pandemic. She didn't lose a match in either the Cincinnati Open or the US Open, becoming the first player to win a US Open women's singles finals by coming back from being down a set. Her success continued into 2021, when she claimed her second Australian Open title. However, she struggled through the rest of the season and withdrew from the French Open, in addition to announcing that she was not participate in Wimbledon, citing mental health issues. When she returned to play the US Open, she did not defend her title and received a citation for losing her composure during the match and firing a ball into the stands. She then announced that she would be taking a hiatus from the sport for a while.

Osaka's playing style has been described as aggressive with excellent raw power. Even at the age of 16, she was able to hit 100 mph forehands and her serve has been clocked at 124 mph. She has worked on improving her mental approach to the game in order to reduce errors and improve consistency.

Osaka is noted as being a bit shy, while also having a dry sense of humor. She is in a relationship with the American rapper, Cordae. She also became the co-owner of the North Carolina Courage, a National Women's Soccer League, in 2021.

Osaka initially did not have a strong relationship with her maternal grandparents, as they originally did not accept her parents' relationship as her father is not Japanese, nor did they support the focus on tennis. However, they did begin supporting Osaka when her tennis career began taking off.

Between 2019 and 2021, Naomi earned a combined $123 million in total earnings. The vast majority of her earnings come from endorsements with companies like Nike, MasterCard and Nissan.

In September 2020 Naomi took home $3 million when she won the US Open.

One of her biggest early career on-court prizes came when Naomi won $3.8 million for winning the US Open in 2018.

Throughout her career, she has made many lucrative endorsement deals with companies like Adidas, Nike, Nissan, and Citizen Watch. In 2021, she was named the brand ambassador for Tag Heuer watches and Louis Vuitton. 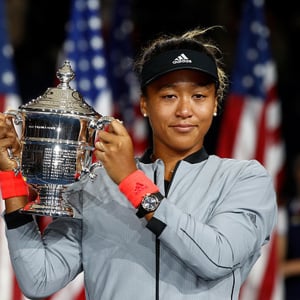