Mike Bryan net worth: Mike Bryan is an American professional tennis player who has a net worth of $8 million. Mike Bryan was born in Camarillo, California in April 1978. He is best known for his doubles play with his twin brother, Bob Bryan. The two players have set multiple doubles records, including winning 76 ATP Tournaments, remaining at #1 in Doubles for 287 weeks, reaching the finals at 7 consecutive Grand Slam events, and reaching 20 Grand Slam finals overall. They have won the Doubles title at the Australian Open five times, at the French Open once, at Wimbledon twice, and at the U.S. Open three times. Mike and Bob Bryan were the second men's doubles team that completed the career golden slam at the 2012 Summer Olympics. Bryan holds a record for most ATP men's doubles titles with 102 and most finals appearances with 154. He turned pro in 1998 and has won over $12 million in prize money. Bryan played for Stanford University where he and his brother Bob helped the team win back-to-back NCAA team championships. Mike Bryan won the 2015 French Open mixed doubles championship with partner Bethanie Mattek-Sands. 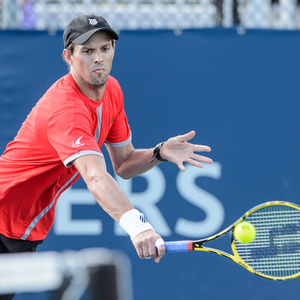