Michael Chang net worth: Michael Chang is an American tennis player who has a net worth of $30 million dollars. Born in Hoboken, New Jersey, Michael Chang relocated to California with his family while he was in middle school. He excelled at tennis from an early age, and set multiple records as the youngest player to win various junior tournaments. He won his first major title when he was just 12, and then further cemented his status as a prodigy, when he won the Fiesta Bowl at age 13, playing 16-year olds. He became the youngest player to ever reach the semifinal at professional level event at age 15. He dropped out of school to focus on tennis, and passed his GED while traveling for tournaments. He became the youngest male player to ever win a Grand Slam event, when he won the French Open at age 17 and 110 days. He was the first American to win the French Open in 34 years. He has not won any other Grand Slam titles, though he has reached the finals at the US Open and the Australia Open, and he has won numerous tour and Master Series matches. 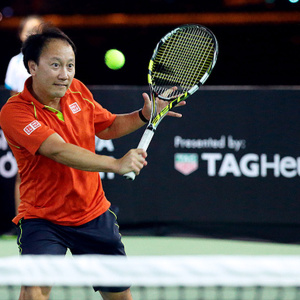