Mary Pierce Net Worth: Mary Pierce is a French-American tennis professional player who has a net worth of $18 million. Mary Pierce earned her net worth through her years as a professional tennis player. Born on January 15, 1975, in Montreal, Quebec, Canada, she is currently playing on the Women's Tennis Association (WTA) tour, as well as for team competitions and the Olympics.

Even though Canada-native, Pierce qualifies for citizenship in two more countries, United States and France, as her mother is French and her father is American. At the age of 10, she was first acquainted with the sport thanks to her father and only 2 years later she took home the US national 12-and-under junior title. Fourteen-year-old Pierce made history by being the youngest tennis player to have participated in a professional tour. Ever since, Pierce has won four grand slam titles, two in doubles (2000 French Open and 2005 Wimbledon mixed doubles championship) and two in singles (the 1995 Australian Open and the 2000 French Open). Furthermore, she has reached three Grand Slam doubles finals and six Grand Slam singles, the most recent being the US Open and French Open in 2005. Also, she has turned out the winner of 10 WTA doubles titles and 18 WTA singles titles. While out of the two finals of the season-ending WTA Tour Championships, the latest took place in 2005. 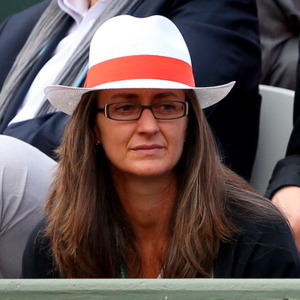