She reached the finals of the 2019 French Open and the fourth round of the 2018 US Open. Marketa Vondrousova has also competed in the Australian Open in 2018 and 2019 and Wimbledon in 2017, 2018, and 2019. She won seven singles titles on the ITF Women's Circuit where she also won four doubles titles. Vondrousova reached her best singles ranking of #14 in July 2019 and was the youngest player in the top 20. In April 2017 she won the Ladies Open Bile Bienne in Switzerland. Marketa Vondrousova also reached the semi finals of the 2019 Australian Open doubles tournament and the quarterfinals of the Wimbledon doubles tournament in 2017. 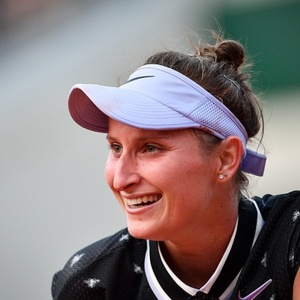