What is Maria Sharapova's Net Worth and Career Earnings?

Maria Sharapova is a former Russian professional tennis player who has a net worth of $180 million dollars. Although she competes internationally for Russia, she has been a permanent resident of the U.S. since 1994. Over the course of her career, Sharapova has been ranked number one in the world five separate times for a sum total of 21 weeks. Mario Sharapova has been celebrated in the tennis world for her mental toughness during her long and illustrious career.

For 11 years in a row, Maria Sharapova was the highest-paid female athlete in the world. It is estimated that she has earned a gross amount of over $285 million since she turned pro in 2001. Her wealth comes not only from her tennis career, but also from various brand endorsements and additional business ventures.

Maria Yuryevna Sharapova was born on April 19th of 1987 in Nyagan, Russia. At the time of her birth, the nation was known as the Soviet Union. In 1986, the Chernobyl disaster occurred in a semi-nearby location, prompting her parents to move to Nyagan before Maria was born. When Maria was three, the family moved again to Sochi.

Maria Sharapova first started playing tennis at the age of four. When Sharapova was just six years old, her potential was obvious. After attending a skills clinic, her instructor recommended she attend the IMG Academy in Florida. Although her family was not affluent, her father borrowed the necessary money and moved with his daughter to the United States in 1994. Two years later, Maria's mother joined the family after finally getting her visa. Eventually, IMG waived her annual tuition fees after signing her on a contract. At the age of 9, she officially enrolled in professional tennis training.

In the year 2000, Sharapova arrived on the scene with a win at the Eddie Herr International Junior Tennis Championships. She was just 16 at the time. By the age of 14, she had become a professional tennis player. Although she started winning WTA matches right off the bat, there were restrictions on how many pro games she could play at first. This prompted her to go back to junior tournaments. She reached the finals of the Australian Junior Open, becoming the youngest ever girl to do so. By the end of 2002, she was ranked sixth in the junior world rankings and had three tournament wins under her belt.

In 2003, Sharapova was able to play a full tournament as a pro, ending the year with two tournament wins and a top 50 ranking. In 2004, she broke into the top 20 and beat Serena Williams in the DFS Classic. Reporters called it one of the most stunning upsets in tennis history. From that point on, Sharapova was considered a serious challenger for titles and remained in the top ten for many years.

Her success gained her many new fans, and she continued to impress throughout 2004, reaching the finals of the Zurich Open and beat Serena Williams in the finals of the WTA World Tour Championships. At the beginning of 2005, Sharapova quickly climbed to number three in the world rankings. After more wins, she gained the number one position and managed to maintain it on and off throughout the year before eventually being overtaken by Lindsay Davenport.

Although Sharapova had a rocky start to 2006, she finished strong with wins at the Acura Classic, the US Open, and the Zurich Open. By the end of the year, she finished second in the world rankings. In 2007, Sharapova reached number one once again after reaching the finals of the Australian Open. She managed to hold the top spot for seven weeks before losses caught up with her. She then missed a considerable portion of the season due to a shoulder injury. Although she managed to win the Acura Classic, Sharapova finished the year poorly and barely managed to stay within the top 5. 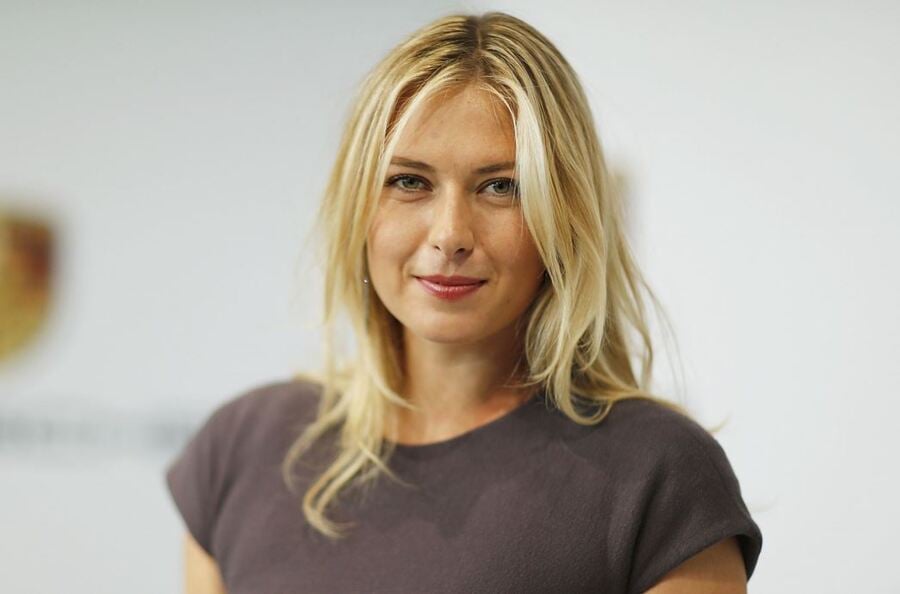 Sharapova returned to dominant form in 2008, winning the Australian Open. Partway through the season, Sharapova regained the number one spot. Unfortunately, her shoulder continued to irritate her and caused a dip in form during the latter part of the year. X-rays then revealed that the shoulder injury was much more serious than initially suspected, forcing her to have surgery.

Recovering from her surgery seriously impacted Sharapova's career and standings in the world rankings. While she was recovering, she dropped to a world ranking of 126. By the summer of 2009, Sharapova had returned to tennis and was steadily re-establishing her form. She finished the year with a ranking of 14th. Although her bad form continued throughout 2010, she was gradually improving. 2011 saw Sharapova win titles once again, and a string of promising results suggested that she was returning to her previous form. However, disaster struck at the end of the year as she suffered a serious ankle injury – although she managed to finish with a ranking within the top 5.

Although her ankle injury continued to bother her going into 2012, she soon climbed to the number two spot on the world rankings. That year, she won a silver Olympic Medal and briefly regained the number one ranking. In 2013, Sharapova performed well but eventually finished the year early with yet another shoulder injury. 2014 marked Sharapova's comeback. She won the Stuttgart Open, the Madrid Open, and the French Open, ending the year ranked second in the world.

In 2015, the highlight of the year was winning the Australian Open for the fourth time. In 2016, her season was plagued by injury woes. To add insult to injury, Sharapova was suspended for doping, although she claimed she was simply following the recommendations of her doctor and had no idea she was breaking any rules. In 2017, she returned from suspension to win her first WTA title in four years.

At the beginning of 2018, Sharapova was finally beginning to break back into the top 25 on the world rankings. However, by the end of the year, it was clear that her career was coming to an end, and she finished with a ranking of 29th. In 2019, further injuries continued to hold her back. In 2020, Maria Sharapova decided to retire from tennis shortly after playing her 800th match.

In October 2020 Maria paid $8.6 million for a five-acre estate in Summerland, California. 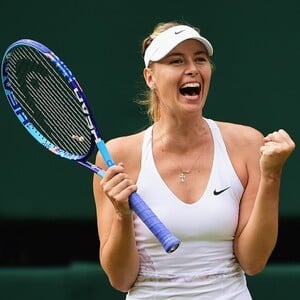