Madison Keys net worth, salary and career earnings: Madison Keys is an American professional tennis player who has a net worth of $8 million. Madison Keys was born in Rock Island, Illinois in February 1995. She turned professional in 2009 and has won more than $11 million in prize money. Her career high ranking was #7 in October 2016. She has won five WTA tournaments including the 2019 Cincinnati Open. Keys is known for her powerful forehand and fast serve. She reached the finals of the US Open in 2017. Madison Keys reached the semi finals of the Australian Open in 2015 and the semi finals of the French Open in 2018. She has also reached the quarterfinals at Wimbledon in 2015. Keys competed at the Olympic Games in 2016 and reached the finals of the Fed Cup in 2018. She has also won the Eastbourne International in 2014, the Charleston Open in 2015, the Birmingham Classic in 2016, the Stanford Classic in 2017, and the Charleston Open again in 2019. 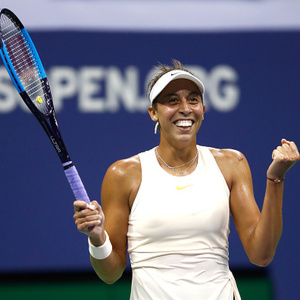