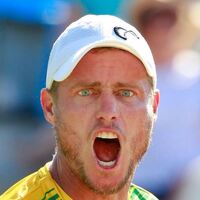 What is Lleyton Hewitt's net worth?

Lleyton Hewitt is an Australian professional tennis player who has a net worth of $25 million. It is safe to say that sports run in Lleyton Hewitt's family as his father Glynn Hewitt is a former Australian football player. Hewitt gained prominence when he won the 1998 Next Generation Adelaide International, defeating Andre Agassi.

Lleyton Hewitt was born on February 24, 1981 in Adelaide, Australia to Glynn and Cherilyn Hewitt. His father was a former Australian Rules Football player and his mother was a physical education teacher. Hewitt played Australian Football until the age of 13 when he decided to pursue tennis. He joined the junior tennis club Seaside Tennis Club in Henley Beach and studied at the Denman Tennis Club in Mitcham, where he was coached by Peter Smith.

Hewitt's professional tennis career officially began in 1998. By 2000, he became the youngest male player ever to have won the Grand Slam doubles title. He was just 19. At the U.S. Open in 2001, Hewitt won his first Grand Slam singles, beating the former number one Yevgeny Kafelnikov and defeating Pete Sampras the following day. He also won the Tokyo Open and Tennis Master Cup, earning the number one title.

In November 2001, he became the youngest male in the ATP era to be ranked World No. 1 in the singles. He was just 20 years old. He then went on to win back-to-back 2001 and 2002 Tennis Masters Cup titles. Hewitt continued his solid performance in 2002 claiming titles in India Wells and London and San Jose as well as winning the Tennis Master's Cup thus maintaining his title as world's number one.

In 2003, Hewitt defeated another former no.1, Gustavo Kuerten. In the same year, Hewitt became the first male champion in history to be defeated in the first round, losing to Ivo Karlovic. Hewitt won the Davis Cup in Australia in 1999 and 2003.  He also lost in the final round in Los Angeles and the second round ATP Masters Tournament in Montreal. Despite this, Tennis magazine ranked Hewitt 34th on its list of 40 greatest tennis players since 1965. Hewitt was the runner-up at the 2004 US Open but was unfortunately ultimately defeated by fellow tennis legend Roger Federer.

Hewitt contested twenty consecutive Australian Open men's singles tournaments between 1997 and 2016. His best result was he landed as the runner up at the 2005 final, bested by Marat Safin. By 2009, he had returned to the list of the top 20 players worldwide. Hewitt was offered a wild card to play at the 2011 U.S. Open, but was forced to decline due to a foot surgery he had to undergo. In 2012, he returned to the ATP Finals, his first in two years and competed in the 2012 Australian Open. That same year, he competed at Wimbledon, the French Open, and the Summer Olympics in London. Hewitt scored five top ten wins in 2013 and 600 wins, his 30th career title, and his triumphant return to the top 40 players in the world in 2014. 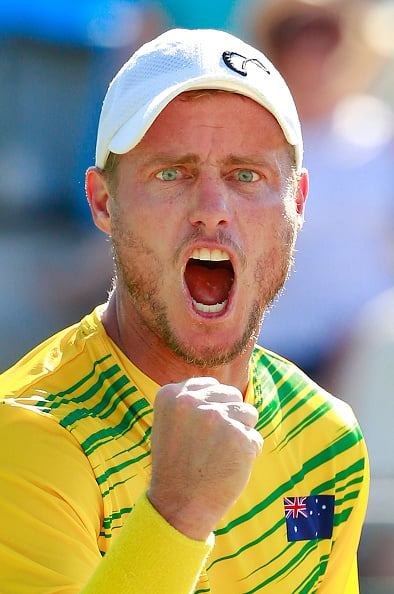 He announced his intentions to retire after the 2016 Australian Open. At his 20th appearance there, he won his first-round match against James Duckworth and then lost in the second round in three straight sets to David Ferrer. He briefly came out of retirement to replace injured Nick Kyrgios at the Davis Cup. He once again came out of retirement to play with Sam Groth at the 2018 Australian Open. He continues to play doubles at a number of tournaments. In 2020, he returned to his hometown of Adelaide and played tour tennis there for the first time in over a decade. He continues to provide commentary for matches at the Australian Open.

Over the course of his career, Hewitt competed in five World Cups, representing Australia. He also represented his country in three Olympics, the first being in 2000, in Sydney at age 19. He opted not to compete in the 2004 Athens Games and decide to focus on the US Open that year. He returned for his second Olympics in Bejing. Hewitt competed in his third Olympics in London 2012.

Hewitt signed a multi-year endorsement deal with Nike in July 2000. He has been sponsored for many years by American athletic apparel company Athletic DNA, as well as Yonex, for whom he's been a long-time sponsor.

In his free time, Hewitt is an avid fan of Australian rules football. He's currently the No. 1 ticket holder for the Adelaide Crowes.

Hewitt started dating Belgian tennis star Kim Clijsters in January 2000 when they met at the Australian Open. They announced their engagement in December 2003 but separated in 2004 and canceled the wedding they had planned for February 2005. Hewitt proposed to Australian actress Bec Cartwright after just six weeks of dating. They got married in July 2005 at the Sydney Opera House. The couple has three children. In April 2021, his 12-year-old son Cruz Hewitt won the Australian junior tennis clay-court title in Canberra, clearly taking after his athletic father.

In 2008, in order to reduce the amount of tax he would have had to pay, Hewitt and his family relocated to their home in Nassau, Bahamas.

Hewitt's nickname is "Rusty," given to him by his tennis coach Darren Cahill, who thought that Hewitt resembled the character Rusty from the National Lampoon's Vacation series. Another nickname from fans includes "Rocky."