Justin Gimelstob net worth: Justin Gimelstob is an American former professional tennis player who has a net worth of $8 million. Justin Gimelstob was born in Livingston, New Jersey in January 1977. He turned professional in 1996 and retired in 2007. Gimelstob was the top ranked boy for his age group at the ages of 12, 14, 16, and 18. He captured 10 singles championships and 15 doubles championships and won mixed doubles titles with Venus Williams at the 1998 Australian Open and 1998 French Open. During his career Gimelstob won just over $2.5 million in prize money. His highest singles ranking was #63 in 1999 and his highest doubles ranking was #18 in 2000. He is now the coach of American tennis player John Isner. 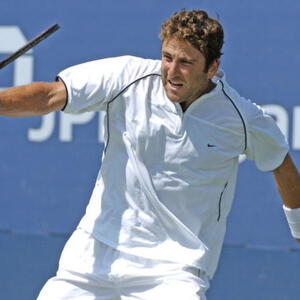