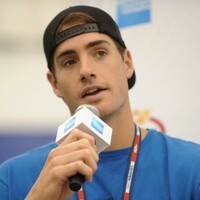 John Isner net worth, salary and career earnings: John Isner is an American professional tennis player who has a net worth of $14 million. John Isner was born in Greensboro, North Carolina in April 1985. He turned professional in 2007 and has earned just short of $8 million in career prize money. Isner competed for the University of Georgia and reached his career-high singles ranking of #9 in April 2012. As of September 2015, he was the highest ranked male American tennis player at #13. Isner is known for playing the longest professional tennis match in history, which took place when he beat Nicolas Mahut at the 2010 Wimbledon Championships in a match that lasted 11 hours and 5 minutes and was played over three days. Isner has 10 career singles titles and reached the Quarterfinals at the US Open in 2011. He has three career doubles titles and reached the Quarterfinals at the Australian Open in 2009. He won a Hopman Cup in 2011 and reached the semi-finals of the Davis Cup in 2012. One of his career-peaks came in 2018 when he reached the Wimbledon semifinal round.