Jimmy Connors Net Worth: Jimmy Connors is a retired American tennis player who has a net worth of $30 million. During his legendary tennis career, Jimmy won eight Grand Slam singles titles (five U.S. Opens, two Wimbledons and one Australian Open) and two Grand Slam doubles titles (at the U.S. Open and Wimbledon), and was a runner-up in seven Grand Slam singles finals, one Grand Slam doubles final and one Grand Slam mixed doubles final. He held the top ranking for a then-record 160 consecutive weeks (between July 1974 and August 1977) and an additional eight times during his career for a total of 268 weeks.

He won 17 Grand Prix Super Series titles and was the first male player in the Open Era to rank No. 1 for more than five years in total and more than 200 weeks and hold a year-end top ten ranking for an Open Era record 16 years.

Jimmy transformed the game of tennis forever with his two-handed backhand, his two-fisted lifestyle and his epic rivalries.

Early Life and Career Beginnings: Jimmy Connors was born in 1952 in Belleville, Illinois, and grew up Catholic in East St. Louis. As a child, he was trained and coached in tennis by his mother and grandmother. At the age of nine in 1961, he played in his first US Championship. Later, in 1968, his mother took him to Southern California to be coached by former star tennis player Pancho Segura. Connors went on to twice win the Junior Orange Bowl, and recorded his first adult victory in the first round of the Pacific Southwest Open. In 1971, while attending UCLA as a freshman, he won the NCAA singles title and earned All-American status.

After going professional in 1972, Connors won his first tournament at the Jacksonville Open. The next year, he won his first significant title when he defeated Arthur Ashe at the US Pro Singles.

Professional Career Peak: Connors was the dominant tennis player in 1974, holding the ATP No. 1 ranking and notching a 99-4 record. He won 15 of the 21 tournaments he entered, including the Australian Open, the US Open, and Wimbledon. However, the French Open did not allow him to compete due to his association with World Team Tennis. In 1975, Connors once again made it to the finals of Australia, the US Open, and Wimbledon, but this time failed to win any of them. He still managed to win nine other tournaments, achieving an 82-8 record. The following year, Connors came back to win the US Open, and in 1977, won both the Masters and the WCT Finals. Another US Open title came in 1978. Over his peak years from 1974 to 1978, Connors was the world No. 1 player for a then-record 160 straight weeks. Also during that period, he reached the final of the US Open every year, and reached the final of Wimbledon in every year but 1976. 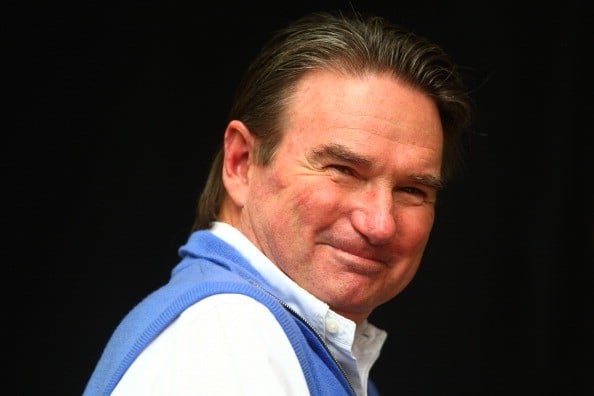 In 1980, Connors won the WCT Finals against defending champion John McEnroe. Two years later, he defeated McEnroe again in five sets to win Wimbledon, and won the US Open against Ivan Lendl. Additionally, he made it to the semifinal of the Masters Cup. Although he ended up ranked No. 2 by the end of the year, just behind McEnroe, Connors was named Player of the Year by the ATP due to his major victories during the season. In 1983, Connors won the US Open for a record fifth time, and finished the year ranked No. 3. More success came the next year, when he reached the finals of both Wimbledon and WCT, and made it to the semifinals of the US Open, French Open, and Masters Cup. Connors continued to rack up achievements throughout the rest of the 80s, including further semifinal appearances at the big four events. However, his career experienced a major hit in 1990, when he dropped all the way to No. 936 in the world rankings. He came back to play in 1991 after surgery on his wrist, and had one of the most extraordinary comebacks of any athlete when he reached the semifinals of the US Open at the age of 39. In 1996, Connors retired after his last match on the ATP tour, where he lost to Richey Reneberg.

Career Earnings: During his career, Jimmy Connors earned $8.6 million in tournament prizes. He earned tens of millions more from endorsements.

Major Rivals: Connors had many notorious rivals, both older and younger. During his peak years in the mid-to-late-70s, he was most famously challenged by Björn Borg. Other prime competitors were Ilie Năstase, Manuel Orantes, and Guillermo Vilas. Later on, Connors had prominent rivalries with the younger John McEnroe and Ivan Lendl, both of whom he competed with for the top ATP ranking.

Other Distinctions: Over his career, Connors won a male record of 109 singles titles, played 1,557 matches, and had 1,274 match wins. He also scored 16 doubles titles, and played a then-record of 401 tournaments. In the Grand Slam Singles events, he managed to reach at least the semifinals a total of 31 times; in the US Open, he is the only player to have won on three different surfaces: grass, clay, and hard. In 1998, Connors was inducted into the International Tennis Hall of Fame.

Personal Life and Business Interests: From 1974 to 1975, Connors was engaged to fellow tennis player Chris Evert, who also triumphed in singles events at the 1974 Wimbledon Championships. After breaking off their engagement, the two briefly reconciled in 1976 and again in 1978, before splitting permanently. During that time, Connors was engaged to former Miss World Marjorie Wallace; however, they never married. Instead, in 1979, he wed Playboy model Patti McGuire. Together, Connors and McGuire have two children, Brett and Aubree, and live in Santa Barbara, California.

In the 90s, Connors joined his brother John as an investor in the Argosy Gaming Company. The pair owned around 19% of the company, which owned riverboat casinos on the Mississippi River. Much later, in 2018, Connors joined LiveWire Ergogenic, Inc., a special purpose real estate company, as an advisor and spokesman.

Real Estate: In June 2021, Jimmy put his mansion in Montecito, California on the market for $9.5 million. 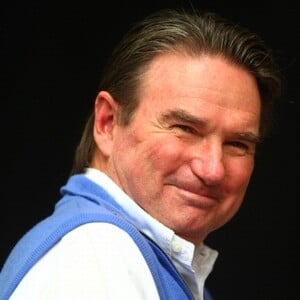