What is Jim Courier's Net Worth?

Jim Courier is a retired American professional tennis player who has a net worth of $14 million. Jim Courier was ranked World No. 1 in 1992 and 1993. Among his other playing accomplishments, he won four major singles titles and five Masters titles.

Jim Courier turned pro in the late 80s and won his first open title in 1991 at the French Open. He won multiple championships throughout the early 90s, including the French Open in 1992, and the Australian Open in 1992 and 1993. He also reached the finals of the US Open in 1991 and Wimbledon in 1993.

He holds the record for being the youngest player, at age 22, to reach the finals of all four Grand Slam events. He was ranked #1 in the world for a total of 58 weeks, but after 1993, he seemed to lose momentum, and never really recovered. He retired in 2000 and was inducted into the International Tennis Hall of Fame five years later.

Following his retirement from playing, Courier began working as a tennis commentator and analyst, and later became a co-host of the television competition series "Australian Ninja Warrior."

Jim Courier was born on August 17, 1970 in Sanford, Florida and was raised in Dade City. He excelled at sports growing up, and was particularly proficient in tennis. As a junior player in the 80s, he went to the Nick Bollettieri Tennis Academy. Courier went on to prove his skill in the sport by winning the Orange Bowl in both 1986 and 1987, as well as the French Open junior doubles title in the latter year.

In 1988, Courier turned professional. A few years later, he had his Grand Slam breakthrough at the 1991 French Open, where he beat Stefan Edberg and Michael Stich en route to his first Grand Slam final. Courier then proceeded to defeat Andre Agassi in the final to claim his first Slam title. During the remainder of the season, he reached the quarterfinals at Wimbledon and the final at the US Open, where he fell to Stefan Edberg. Courier bounced back by defeating Edberg in the final of the 1992 Australian Open; he subsequently won his second French Open title by beating Thomas Muster, Goran Ivanišević, Andre Agassi, and Petr Korda. Courier continued to have an amazing season, recording a 25-match winning streak and finishing the year as the World No. 1 player. He was also a member of the US national team that won the Davis Cup.

In 1993, Courier once again beat Edberg to win the Australian Open. He also made it back to the final of the French Open, but this time fell to Sergi Bruguera. Additionally, Courier made it to the Wimbledon final, where he lost to Pete Sampras. Despite the loss, he still accomplished a major feat: at 22 years of age, he set the record for the youngest player to reach the finals of all four Grand Slam tournaments. Later, in 1995, Courier was again a member of the US team that claimed the Davis Cup. By the time of his retirement from playing in 2000, he had won 23 singles and six doubles titles. 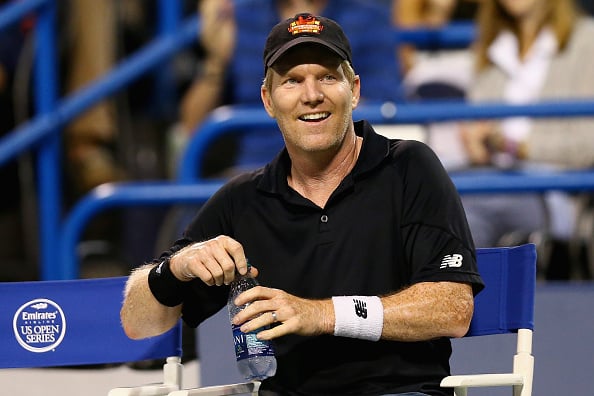 Courier briefly came out of retirement in 2005 to play in the US Men's Clay Court Championships. There, he earned a wildcard into the doubles draw, and was partnered with his former rival Andre Agassi. Ultimately, the duo fell in the first round to Luis Horna and Martín García. Following the match, Courier officially ended his professional playing career.

Since his retirement from professional tennis playing, Courier has worked as a tennis commentator and analyst for numerous channels, including NBC Sports, TNT, Sky Sports, and the Tennis Channel. In 2005, he began serving as the head of commentary for the Australian Open's host broadcaster, Seven. Later, in 2012, he started covering the French Open for the British network ITV, and in 2015 began covering the US Open for Sky Sports. Courier has also covered the US Open for Amazon Prime Video in the UK. In 2022, he joined the television competition series "Australian Ninja Warrior" as a co-host alongside Leila McKinnon.

Beyond television sports commentary and analysis, Courier has also been involved in a number of entrepreneurial endeavors. In New York in 2004, he founded an event production company called InsideOut Sport & Entertainment, which owns and operates the Champions Series and other major exhibitions. Courier is also the founder of the non-profit organization Courier's Kids, which supports tennis programs in St. Petersburg, Florida.

In 2010, Courier wed fellow professional tennis player Susanna Lingman, who has played on the ITF tour. The couple resides in Orlando, Florida.