Jeremy Chardy net worth: Jeremy Chardy is a French professional tennis player who has a net worth of $9 million. Jeremy Chardy was born in London, England in February 1987. He turned professional in 2005 and has won more than $8 million in prize money during his career. Chardy reached the quarterfinals of the Australian Open in 2013.

He reached the fourth round of the French Open in 2008 and 2015 and the fourth round of Wimbledon in 2014 and the US Open in 2015. Jeremy Chardy won the Stuttgart Open in Germany in 2009. In 2019 he reached the finals of the French Open doubles tournament with Gabrice Martin. Chardy won the Davis Cup in 2017. His highest career singles rank came in January 2013 and #25. His coach is James Davison and he has seven doubles career titles with partners including Marc Gicquel, Lukasz Kubot, Marcelo Melo, Dusan Karol, and Henri Kontinen. 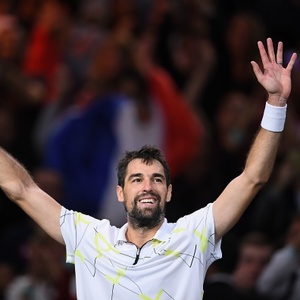