What is Jennifer Capriati's net worth?

Jennifer Capriati is an American former tennis player who has a net worth of $6 million. During her professional career, Jennifer won three Grand Slam titles in the singles division. Capriati turned pro at the age of 13, and just 11 months into her start, she reached her first final in a pro tournament in 1990. Though she lost that match, she again made it to finals at an international pro tournament, where she earned the title of the youngest female to make it into the top 10. She was 14 years old at the time. In the first three years of her career, Jennifer earned six titles within singles tennis tournaments. She also won a gold medal at the 1992 Summer Olympics. After 1993, Capriati took a break from tennis, during which she landed in the public eye for shoplifting and possession of drugs. She retired from the sport in 2004. In 2012, Jennifer was inducted into the International Tennis Hall of Fame.

and during her tennis career, her tournament prize money totaled a little over $6 million. After adjusting for inflation, Jennifer earned well over $25 million during her career from prizes and endorsements.

Sega Genesis released the video game "Jennifer Capriati Tennis" in 1992, and in the '90s, Capriati signed endorsement deals with Prince tennis rackets and Diadora that were reportedly worth $1 million and $3 million, respectively.

Jennifer Capriati was born Jennifer Maria Capriati on March 29, 1976, in New York City. Jennifer grew up in Florida with mother Denise, father Stefano and younger brother Steven, and her parents divorced in the mid-1990s. When Capriati was 17, she was arrested for stealing a $15 ring from a kiosk at a Tampa mall (which she said was an accident), and her parents sent her to a psychiatric hospital for evaluation. The following year, she was charged with misdemeanor marijuana possession after she and a few other teenagers were arrested at a Coral Gables hotel, and she subsequently attended a court-administered drug rehabilitation program for just over three weeks. Jennifer has said that she contemplated suicide around this time due to burnout and relationship issues. 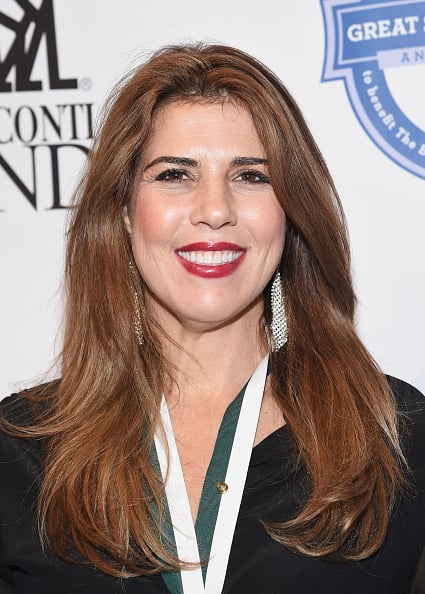 Jennifer won the Junior Orange Bowl at age 12 and 14, making her one of just nine players to win twice in the history of the championship. She made her professional debut when she was just 13 years old and made it to the finals in two of her first three events after turning pro. Capriati then entered the pro tennis rankings at #23. Her Grand Slam debut took place at the French Open, where she lost to Monica Seles in the semifinals, then she competed at Wimbledon, reaching the fourth round. She won her first career title later that year in Puerto Rico and entered the top 10 in the world rankings. At the end of her first season, Jennifer was ranked #8, and she had set "youngest ever" records for reaching a tour final and reaching the French Open semifinals. She was also the youngest seed in the history of Wimbledon at age 14. During her second pro season, Capriati defeated Seles (who was ranked #1) in San Diego and Katerina Maleeva in Toronto to win two singles titles. She competed in the Grand Slam semifinals at the US Open and Wimbledon and won a doubles title with Seles at the Italian Open, and she ended the season with a #6 ranking. In 1992, Jennifer won a gold medal in singles at the Summer Olympics and reached the quarterfinals at Wimbledon, the Australian Open, and the French Open. She became the youngest player to earn more than $1 million in prize money, and she was ranked #7 at the end of the season. In 1993, Capriati again made it to the quarterfinals at Wimbledon, the Australian Open, and the French Open, and she competed in the finals of the Rogers Cup. After losing to Leila Meskhi in the first round of the US Open, Jennifer took a break from tennis.

In 1994, Capriati competed in one match and lost to Anke Huber in the first round. She returned to competition in 1996, reaching the quarterfinals in Essen, then she made it to the WTA Tour finals in Chicago. She lost in the first round at the US Open and French Open and ended the season with a ranking of #24. In 1997, Jennifer competed in the WTA Tour finals in Sydney and lost to Martina Hingis. She only played in three tournaments in 1997 and was ranked #66 at the end of the year. She didn't compete during the first half of 1998, but later that year, she reached the quarterfinals in Hamburg, Germany, and Palermo, Italy, and won a Grand Slam singles match at Wimbledon. At the end of the year, Capriati was ranked #101, and in 1999, her ranking rose to #23 after she won titles at Strasbourg and Quebec City. In 2000, she played in the Australian Open semifinals and defeated Serena Williams (who was ranked #6) at the Miami Masters before being sidelined due to right Achilles tendonitis and an elbow injury. After recovering from her injuries, Jennifer won a title at Luxembourg, was runner-up in Quebec City, and competed in the semifinals in Zürich, ending the year with a ranking of #14. She was a member of the United States Fed Cup team in 2000 and won a singles and doubles match, contributing to the team's win over Spain. In 2001, Capriati won the Grand Slam singles title at the Australian Open and was ranked #7. She then reached the finals in the Cellular Cup and the semifinals at the US Open and Wimbledon, and she won titles at the French Open and Family Circle Cup, propelling her to a #1 ranking in October 2001.

Jennifer was the top seed at the 2002 Australian Open and won the Grand Slam title, then she played in the finals in Miami and Scottsdale but lost to Serena Williams in both. She was also the top seed at the French Open, and she reached the semifinals there, losing to Williams. Capriati then competed in the Wimbledon and US Open quarterfinals and the Canadian Open finals, ending the year with a #3 ranking. She underwent eye surgery after the 2002 WTA Championships, and after she lost to an unseeded player during the opening round of the 2003 Australian Open, she withdrew from the Pan Pacific Open to focus on recovering from her surgery. She made it to the semifinals or finals in the next five tournaments she competed in and reached the quarterfinals at Wimbledon, and she won the title at the WTA Tour finals in New Haven. In 2004, a back injury caused Jennifer to withdraw from the Australian Open and Pan Pacific Open, and she only made it past the quarterfinals once in the first four events she competed in that year. She defeated Serena Williams in the Italian Open quarterfinals and lost to Amélie Mauresmo in the finals, and she reached the semifinals at the French Open. After losing to Williams at the Wimbledon quarterfinals, Capriati withdrew from a few tournaments due to a hamstring injury, then she reached the semifinals at the US Open. She finished the year ranked #10, and for the first time in five years, she didn't qualify for the season-ending championships. Jennifer ended her career with a 430-176 singles record, and in 2005, she was ranked #36 on "TENNIS Magazine's" list of the "40 Greatest Players of the Tennis Era."

In 2010, Jennifer overdosed on prescription medication at a hotel in Riviera Beach, Florida. Though the media speculated that it was a suicide attempt, the family's spokeswoman, Lacey Wickline, stated, "That is inaccurate. True speculation." Capriati dated Ivan Brannan Jr. from May 2011 to February 2012, and in February 2013, she was charged with stalking and battery after Ivan accused her of punching him in the chest at a North Palm Beach gym and told the police about "seven other incidents pertaining to Capriati stalking/harassing/following" him. The charges were dropped after Jennifer completed anger management counseling and 30 hours of community service. 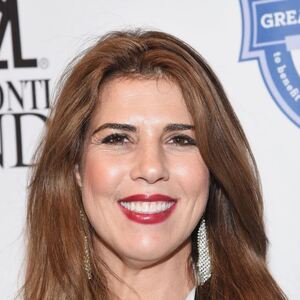