Ilie Nastase Net Worth: Ilie Nastase is a Romanian retired professional tennis player who has a net worth of $15 million. Ilie Năstase was born in Bucharest, Romania in July 1946. He started his amateur career in 1966 and turned professional in 1969. During his career Nastase won over $2 million in prize money.

He won 58 career singles titles which ranks 10th all time. His singles record was 779-305 and he was a world #1 ranked tennis player in August 1973. Ilie won the US Open in 1972 and the French Open in 1973. He made the finals at Wimbledon in 1972 and 1976. Nastase is one of only five players to have won over 100 ATP professional tittles. As a doubles player he won 45 titles and had a career record of 479-208. He reached the finals of the Davis Cup in 1969, 1971, and 1972. He won three Grand Slam titles in men's doubles and two in mixed doubles. Ilie won four Masters Grand Prix year-end championship titles as well as seven Championship Series titles. He was ranked by Tennis magazine as the 28th best player of the preceding 40 years in 2005. Nastase was inducted into the International Tennis Hall of Fame in 1991. He wrote several French novels and ran for mayor of Bucharest in 1996. He has been married four times and was listed by Maxim magazine as #6 on its Living Sex Legends list. It has been said that Nastase has slept with more than 2,500 women. 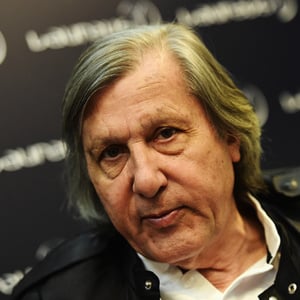