Guy Forget Net Worth: Guy Forget is a retired French professional tennis player who has a net worth of $12 million dollars. Born in 1965 in Casablanca, Morocco, Forget forged his way through the junior tennis ranks, winning the 1982 French Open for juniors and soon became a pro player. Four years later, Forget had his best grand slam finish, won the World Team Cup as a member of the French side, and claimed six doubles titles.

He won two French Davis Cups in 1991 and 1996. He played on that team for a dozen years with a 38-11 career record. Forget retired in 1997 with a 380-291 career record and eleven singles titles. His highest ranking as a singles player was at number four, and he twice reached the quarterfinals of the Australian Open with three quarterfinal appearances at Wimbledon. As a doubles player, Forget climbed to number three in the World with a 387-182 career record and 28 titles. Forget never won a Grand Slam title during his 15-year career. His prize money throughout his career totals just over five-point-five-million dollars. Since his retirement, Forget has worked as the team captain of the Davis Cup for France. Forget is married to his wife, Isabelle. 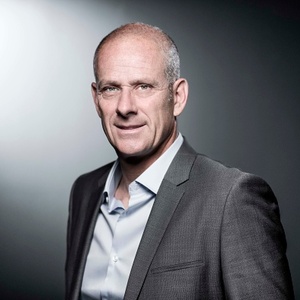