How much is Gilles Simon Worth?

Gilles Simon net worth: Gilles Simon is a French professional tennis player who has a net worth of $12 million. Gilles Simon was born in Nice, France in December 1984. He turned professional in 2002 and has earned more than $13 million in prize money. Simon achieved his highest singles rank in 2009 at #6. He has more than a dozen singles titles and more than 400 wins. Gilles Simon reached the quarterfinal of the Australian Open in 2009 and Wimbledon in 2015. He reached the semifinal of the 2008 Tour Finals. Simon reached the 4th round of the French Open in 2011, 2013, and 2015 as well as the 4th round of the US Open in 2011 and 2014. He reached the 3rd round of the Olympic Games in 2008 and 2012. Simon won the Davis Cup in 2017. His wins include the Romanian Open, the Indianapolis Tennis Championships, the Thailand Open, the Sydney Invitational, and more. 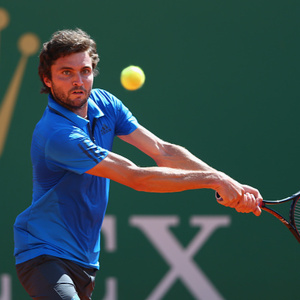