Her highest ranking came at #2 in June 2016. She won the French Open in 2016 and reached the Finals of Wimbledon in 2015. Muguruza has also won five doubles WTA titles and one doubles ITF title. She reached the semifinals of the 2014 French Open. She has been the ambassador for Mazda Spain and BBVA bank since 2014 and has endorsement deals with Adidas and Babolat. 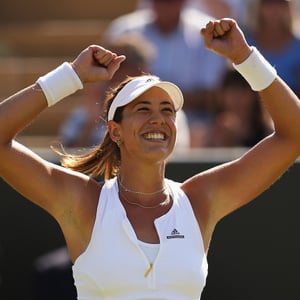