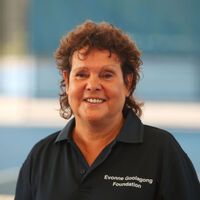 What is Evonne Goolagong Cawley's net worth?

Evonne Goolagong Cawley is a retired professional tennis player from Australia. Evonne Goolagong Cawley has a net worth of $1 million. Among the world's leading players in the 1970s and early 80s, she won numerous singles and doubles titles, including 14 Grand Slam tournament titles, in addition to three Fed Cup competitions. Following her retirement, Goolagong worked as a touring professional, played in senior invitational competitions, and has held various sports leadership roles.

Evonne Goolagong was born in 1951 in Griffith, New South Wales, Australia to an Aboriginal Wiradjuri family. Her mother, Melinda, was a homemaker, while her father, Ken, was a nomadic sheep shearer. She is the third of eight children. As a child, Goolagong grew up in the small country town of Barellan, where she learned to play tennis. Later, at the encouragement of tennis school proprietor Vic Edwards, she moved to Sydney to attend Willoughby Girls High School. Goolagong lived with the family of Edwards, who became her legal guardian, manager, and coach.

Goolagong was a success on the court from the very start of her professional career. At the age of 19 in 1971, she won the French Open singles and the Australian Open doubles championships, as well as the singles championship at Wimbledon. Goolagong continued her Grand Slam successes over the following five years. In 1972, she made it to the finals of every Grand Slam event but the US Open, and in 1973, was a finalist or semifinalist at all four Grand Slam events. For every year from 1974 to 1976, she was a finalist at the US Open, and a quarterfinalist or better at Wimbledon. Additionally, Goolagong won the Australian Open every year from 1974 to 1977.

Goolagong had one of her best career years in 1976, claiming seven titles including the season-ending WTA Championships. She also rose to No. 1 in the world. However, Goolagong realized she was pregnant during that year's US Open, causing her to leave the regular tour. She returned with gusto in 1977, winning ten tournaments. The next year, at the Virginia Slims of Boston, Goolagong beat both Chris Evert and Martina Navratilova to win the title. During Wimbledon 1978, a severe ankle injury forced her to miss the remainder of the season. Goolagong returned to competitive play in 1979, triumphing at four tournaments and ending the year ranked No. 4 in the world. Overall, Goolagong closed out the decade having played a record 17 Grand Slam singles finals. 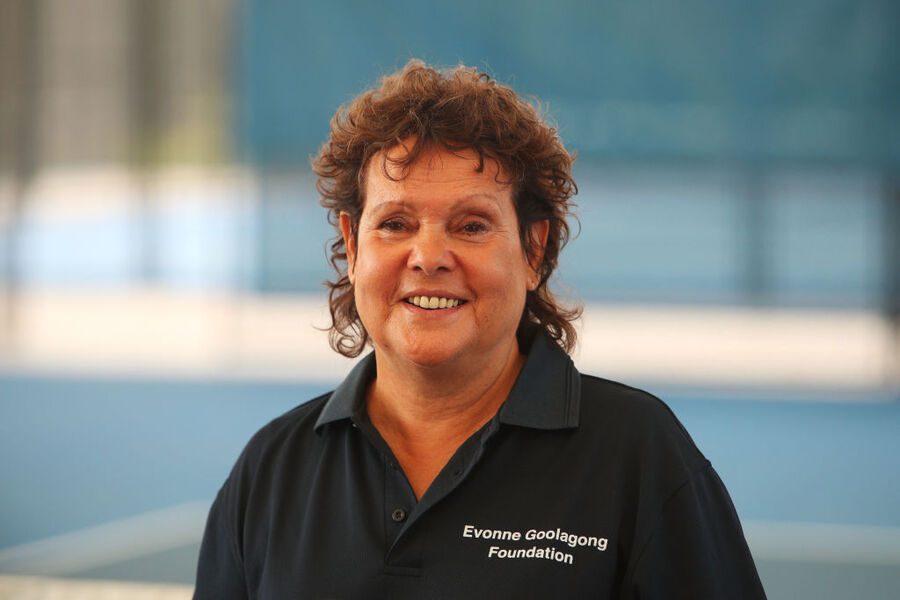 Although she was beset by injuries and illness at the beginning of 1980, Goolagong came roaring back to win Wimbledon, her final Grand Slam victory. She remains the only champion in Wimbledon history to beat four top-ten players, and only the second mother to win the title. The following years were spotty for Goolagong; she was absent for almost all of the 1981 season, and in 1982, experienced a series of tournament losses. In 1983, she failed to reach the quarterfinal of any event, and played her final Grand Slam singles match at the French Open, losing to Chris Evert. Her last Grand Slam appearance was in a doubles event at Wimbledon, where she was defeated in the first round.

Having claimed seven championships over her career, Goolagong is ranked 12th on the women's list of all-time singles Grand Slam winners. Overall, she won 86 singles titles.

After retiring from competitive play, Goolagong continued her professional endorsement deals by appearing in commercials for such brands as KFC, Sears, and Geritol. In 1990, she started to play in senior invitational competitions, returning to Wimbledon for the inaugural ladies' senior invitational doubles. From 1995 to 1997, Goolagong was a member of the Board of the Australian Sports Commission, and since 1997, has served as the Sports Ambassador to Aboriginal and Torres Strait Islander Communities. Additionally, Goolagong runs a development camp for indigenous children, which uses competitive tennis to encourage them to stay in school.

In 1975, Goolagong married former junior British tennis player Roger Cawley. From the time they wed, Cawley became her coach, manager, and hitting partner, taking over from Vic Edwards, who had been abusive toward Goolagong when he was her legal guardian. Goolagong's father was killed in a car crash in 1974, not long after Edwards refused to give Goolagong money to buy a new family vehicle.

Following their marriage, Goolagong and Cawley settled in Naples, Florida. They have two children, daughter Kelly and son Morgan, the latter of whom was a player in the National Soccer League. Goolagong is also the great aunt of Latrell Mitchell, a National Rugby League player. In the early 90s, inspired by their meeting with indigenous Australian relatives, the Cawleys bought a home in Noosa Heads, Queensland, Australia.

Among her many honors, Goolagong was named Australian of the Year in 1971. The next year, she was appointed a Member of the Order of the British Empire. In 1982, she became an Officer of the Order of Australia, and in 1985, was inducted into the Sport Australia Hall of Fame. This was followed by an induction into the International Tennis Hall of Fame in 1988.

In 2016, Goolagong received an honorary doctorate from the University of South Australia for her many services to the community. Two years later, she was presented with the International Tennis Federation's Philippe Chatrier Award, the organization's highest honor.