Dustin Brown net worth: Dustin Brown is a German professional tennis player who has a net worth of $300 thousand. Dustin Brown was born in Celle, West Germany in December 1984. He turned pro in 2002 and has won just over $1.5 million in career prize money since then. Brown is right handed and uses a two handed backhand.

Brown has won two ATP doubles championships: one in 2010 with Rogier Wassen and another in 2012 with Paul Hanley. His best result at Wimbledon was making the third round in 2013 and 2015. Brown made the second round of the US Open in 2010 and has not passed the first round of the French Open or Australian Open. His highest ranking was #78 in June 2014. Brown is one of the only players that can claim a winning record against former #1 ranked Rafael Nadal. Brown defeated Nadal at the 2015 Wimbledon Championship and the 2014 Gerry Weber Open. His only other win over a Top 10 player came in 2014 against John Isner. 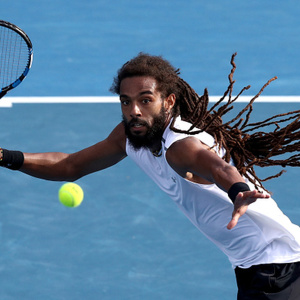