How much is Donald Young Worth?

Donald Young, Jr. net worth: Donald Young, Jr. is an American professional tennis player who has a net worth of $2 million. Donald Young, Jr. was born in Chicago, Illinois in July 1989. He won the Orange Bowl 16-under title in 2003 and became the first American to win the age division since Jim Courier in 1986. Young turned professional in 2004 playing mainly Futures and Challenger events. He won Easter Bowl titles in 2003 and 2004 and was the #1 ranked junior player in the world in 2005. He became the youngest male to win a Grand Slam event when he won the Australian Open Junior Championship in 2005. Young became the youngest year end World #1 in junior rankings in 2005 at 16 years and 5 months. He was the first African-American man to be ranked #1 in the world. Since turning pro Young has won just over $2 million in prize money. He also won the Wimbledon junior title in 2007. In 2014 Young reached the semi-finals of the US Open Grand Slam Mixed Doubles tournament. He also reached the 4th round of the US Open event in 2011. 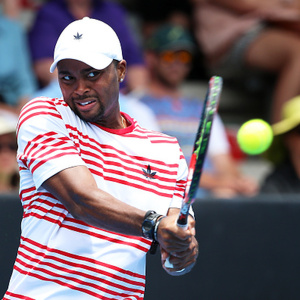