Dinara Safina Net Worth: Dinara Safina is a Russian professional tennis player who has a net worth of $8 million. Dinara Safina was born in Moscow, Soviet Union in April 1986. Dinara is the younger sister of former world #1 tennis player Marat Safin. Her debut came in the WTA Tour tournament in May 2002 and she made it to the semifinals.

Her first title came in Sopot. Dinara is also a former world #1 ranked tennis player (April 2009). She has won 12 WTA titles and four ITF titles. She finished as a runner-up in singles at the French Open in 2008 and 2009 and the 2009 Australian Open. She also reached the semifinals at the 2008 US Open and the 2009 Wimbledon. As a doubles player she has been ranked as high as #8 and has won nine WTA and three ITF titles including a win at the 2007 US Open. Safina has won over $10 million in prize money in her tennis career. Competing for Russia she won a Silver medal at the 2008 Beijing Olympics and also won the Fed Cup in 2005. Safina missed a lot of time since 2011 due to a back injury and retired in 2014. Dinara and her brother Marat are the first brother and sister pair to both be ranked #1. 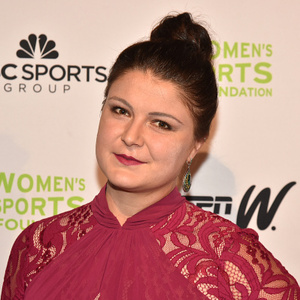