David Ferrer net worth and caeer earnings: David Ferrer is a Spanish professional tennis player who has a net worth of $16 million dollars. David Ferrer was born in Xabia, Alicante, Spain, and began focusing on a career in tennis in his early teens. He has been coached by Javier Piles, almost all of his life. He turned professional in 2000, and has gone on to win 20 professional titles including, the Swedish Open, Copa Claro, the Rosmalen Grass Court Championships, the Valencia Open 500, and the Heinken Open. He has also performed well at Grand Slam Singles events, though he has not yet won a Grand Slam event. He reached the quarterfinals at Wimbledon in 2012, the semi-finals at the US Open in 2007 and 2012 and the Australian Open in 2011 and 2013, and the finals at the French Open in 2013. He has been part of three Davis Cup winning teams from Spain, and came in 4th in Doubles at the Olympics in 2012. Between 2007 and 2016, David Ferrer jumped around the top 10 world rankings, reaching a peak of #3. He has earned $31 million on the court during his career. That makes him the 7th highest-earning player in tennis history. 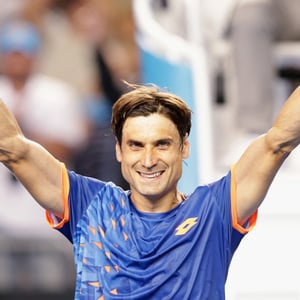