As of June 2014 Catherine or "Cici" was ranked #2 junior tennis player in the world. She won the USTA Girls 18's National Championships in August 2014 and won a wild card to enter the 2014 US Open. Bellis became the youngest winner of the championship since Lindsay Davenport in 1991. In the first round of the 2014 US Open Bellis defeated Dominika Cibulkova who was ranked #13 in the world. Bellis became the youngest player to win a match at the U.S. Open since Anna Kournikova in 1996. Bellis was defeated in the round of 64 by Zarina Diyas. Cici is looked at as an exciting new rookie in women's tennis. As of August 2014 she has won just over $1,200 in her career. 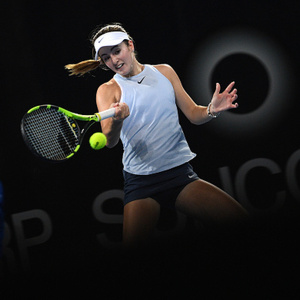