What is Carlos Alcaraz's net worth?

Carlos Alcaraz is a Spanish professional tennis player who has a net worth of $4 million. Carlos Alcaraz rose to global prominence in August 2022 when he made the US Open final at age 19. Going into the final he was ranked world #2 and his career earnings topped just over $6.3 million. He was the first 19-year-old to make it to the men's semi-finals at the US Open in three decades. Carlos defeated American favorite Frances Tiafoe to land his spot in the finals.

Carlos Alcaraz Garfia was born on May 3, 2003 in Villena, Spain. His father was the director of tennis at the Real Sociedad Club de Campo du Murcia.

When he was 14, Carlos enrolled at Juan Carlos Ferrero's tennis academy.

Carlos Alcaraz made his professional ATP debut in February 2020 at the the Rio Open after winning the wildcard singles main draw. He was 16. Carlos lost in the second round to Federico Coria.

The following year Carlos qualified for his first Grand Slam at the Australian Open. He won his first match but lost in the second round.

At the 2021 French Open he reached the third round. At Wimbledon that year he lost in the second round.

In August 2022 Carlos entered the US Open as the #3 seed. He reached the finals after winning three consecutive 5-set matches. He was the youngest man to reach the US Open semi since 1990 when Pete Sampras also did it at 19 (and then went on to win the tournament). In the final Carlos faces Casper Ruud. The winner will not only be the US Open Champion, but also the #1 tennis player in the world. 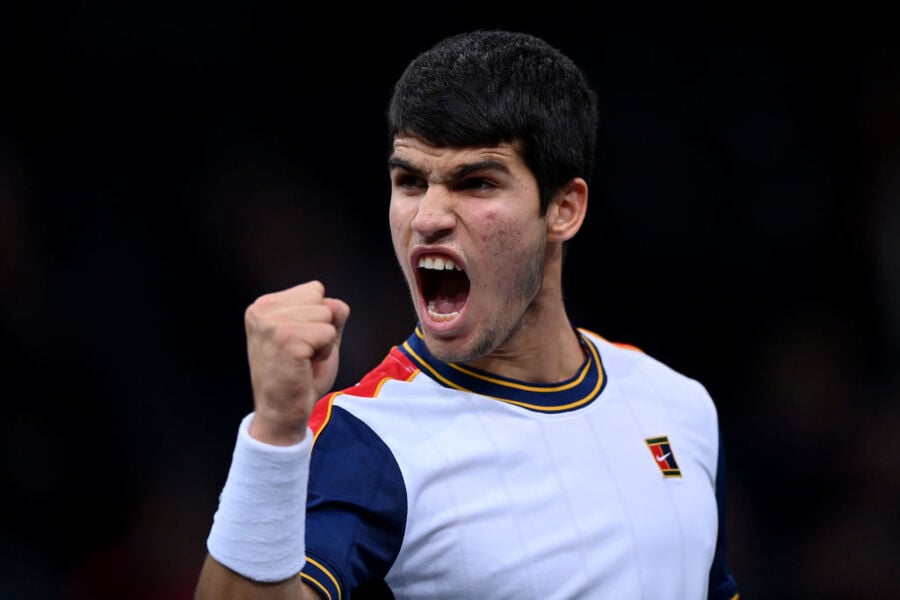 Heading into the US Open, Carlos' career earnings stood at just over $6.3 million.

Carlos' primary sponsor is Nike (for shoes and clothing). In January 2022 he signed an endorsement deal with Rolex. For racquets he uses Babolat. 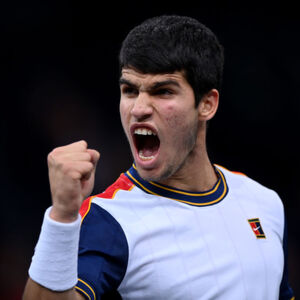