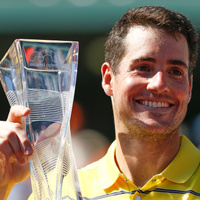 Butch Buchholz Net Worth: Butch Buchholz is a former professional tennis player who has a net worth of $7 million dollars. Born Earl Henry Buchholz, Jr. on September 16, 1940 in St. Louis, Missouri, his tennis career began in St. Louis. His father was a fine player and renowned tennis instructor who taught Butch an attacking, all-court approach to tennis. Butch excelled as a junior player and by 1960 was the No. 5 ranked player in the world and an esteemed player of the U.S. Davis Cup Team. His tireless work ethic served him well in his career as a tennis player and in other tennis-related ventures. He fought hard to clear legal issues with the piece of property that now holds a stadium which became home to the Sony Ericsson Open and which has achieved much commercial success, offering the best of both worlds in sports and entertainment, featuring fine dining, music, fashion and attracting the likes of celebrities such as Jimmy Buffet and Kim Kardashian. In 2005, Buchholz was inducted into the International Tennis Hall of Fame for his contribution to tennis. In 2010, Buchholz was honored by American tennis player Andy Roddick as Roddick lifted the Butch Buccholz Championship Trophy in the air, at the Key Biscayne, Sony Ericcson Open, and paid homage to the man who granted him a wild card ten years earlier. "It's nice that it's now come full circle," Roddick was quoted as saying.