Bruno Soares net worth: Bruno Soares is a Brazilian professional tennis player who has a net worth of $4 million. He is best known for his doubles success.

Bruno Soares was born in Belo Horizonte, Brazil in February 1982. He turned professional in 2001 and has earned about $6 million in prize money. Soares has competed almost exclusively in doubles matches. He won the Australian Open in 2016 with Jamie Murray and also won the US Open with Murray in 2016 and with Mate Pavic in 2020. Bruno Soares won mixed doubles titles with Ekaterina Makarova at the 2012 US Open, Sania Mirza at the 2014 US Open, and Elena Vesnina at the 2016 Australian Open. He reached the quarterfinals of the Olympic Games in doubles tournaments in 2012 and 2016 and reached the finals of the Wimbledon mixed doubles in 2013. His other partners have included Alexander Peya and Lisa Raymond. 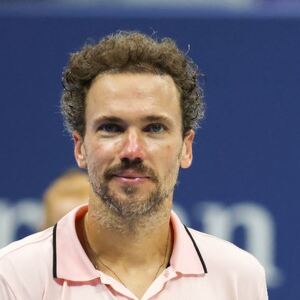