What is Boris Becker's Net worth, Salary and Career Earnings?

Boris Becker is a former German professional tennis player and current coach who has a net worth of $100 thousand. Becker became a successful tennis player within an incredibly short period of time. In 1985, at the age of just 17, he won Wimbeldon. He still stands today as the youngest winner in the tournament's history. He rose to number one world ranking almost from the outset of his playing career which would eventually include six Grand Slam wins. Boris won Wimbeldon three times, the U.S. Open once and the Australian Open twice. Following his retirement from playing in 1999, Becker coached some of the brightest future stars of tennis, namely Novak Djokovic.

According to Becker himself, as stated during a bankruptcy fight in 2022, during his professional tennis career he earned roughly $50 million. After adjusting for inflation, that's the same as around $120 million in today's dollars.

Despite his enormous financial success, Boris has struggled with financial and legal issues in later life. In 2017 Boris began fighting a British bankruptcy court in what became a prolonged battle lasting through 2022.

On April 28, 2022 a London court sentenced Boris to 2.5 years in prison for hiding assets during his bankruptcy proceeding. More details on this case later in the article below.

Boris Franz Becker was born on November 22nd of 1967 in Leimen, West Germany. Boris was raised as a Catholic. His father founded a tennis centre in Leimen, and Becker subsequently learned to play tennis in this facility. He became highly proficient at a very young age.

After turning pro in 1984, Becker won his first professional doubles that year. In 1985, he became the first unseeded player to win the Wimbledon singles title. A number of stunning wins followed, and Becker defended his Wimbledon title next year. He later established a strong rivalry with Stefan Edberg.

By the mid-90s, his financial and marital issues had begun to affect his career. By 1995, he had retired after narrowly failing to win at the Monte Carlo Open. During his years as a professional tennis player, Becker had won 49 singles titles and 15 doubles titles. Becker famously never won on clay surfaces, preferring surfaces such as grass.

During his career, Boris earned $50 million in salary and endorsements. He earned exactly half of that total, a smidge over $25 million from tournament winnings. After adjusting for inflation, $50 million is worth the same as around $120 million today. 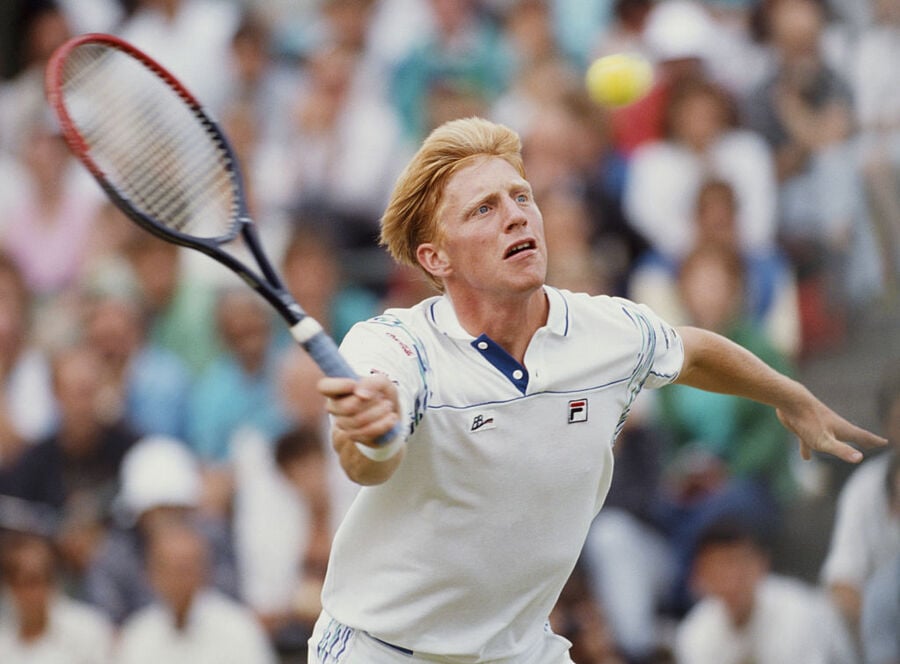 In 1993, Boris married a model named Barbara Feltus. She was pregnant at the time, and in 1994 the couple welcomed their first child into the world. In 1999, they had another child. In 2000, Boris asked for a separation. Barbara thankfully decided not to follow through with their prenuptial agreement, saving Becker from a $2.5 million initial payout.

However, she then took him to court and walked away with a much larger settlement. It was later revealed that he had fathered another child during this marriage, and he then obtained joint custody of this child after a DNA test proved he was the father. In 2009, Boris married another model called Sharlely Kerssenberg. They subsequently had a child together before separating in 2018. In 2019, it was reported that Becker was dating another model.

Becker created Volkl Inc. in 2000. The company produces clothing and tennis rackets. He later published an autobiography and has served on advisory boards for various sports organizations, including the German Tennis Federation and Bayern Munich football club. He also became a famous poker player and has performed well in various tournaments. 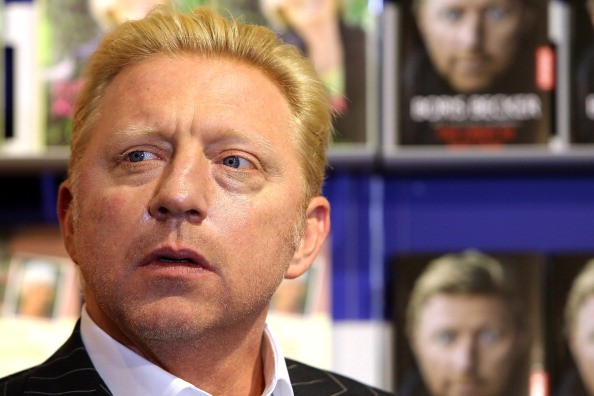 
In 2017, a British judge initiated bankruptcy proceedings against Becker.  The judgment of debt against Becker was issued in October 2015. The sum that Becker owes was not disclosed, other than to say it is substantial – although some reports stated that it was $14 million. His business adviser Hand-Dieter Cleven claimed that he was owed $41 million.

Becker insisted he had the means to pay the debt. Unfortunately, this is not the first time Becker had run into problems with his finances.

He reportedly had had to shell out millions to his first wife Barbara and a Russian model named Angela Ermakova, who had his baby after a fling in a London nightclub in 1999. In June 2018, Boris shocked the world by declaring he had diplomatic immunity from all attempts to sue him thanks to his appointment as a diplomat by the Central African Republic (CAR). It was later revealed that this claim was completely fraudulent, and that Becker's CAR passport was part of a batch that had previously been stolen.

In 2020, Boris Becker was accused of failing to hand over his Wimbledon trophies while he was in the process of liquidating his assets due to bankruptcy. Violating the terms of bankruptcy and failing to disclose information about one's assets is a serious offense, and Becker faced criminal charges. He pleaded not guilty to all of these charges. This came at a point when he was also being charged with hiding over 1 million pounds by transferring them across different bank accounts.

Becker's collection of sports memorabilia was eventually sold, raising $860,000 in order to help pay off his debts. His bankruptcy restrictions were also extended to 2031 after it was discovered that Becker was allegedlyhiding assets and transactions worth 4.5 million pounds. 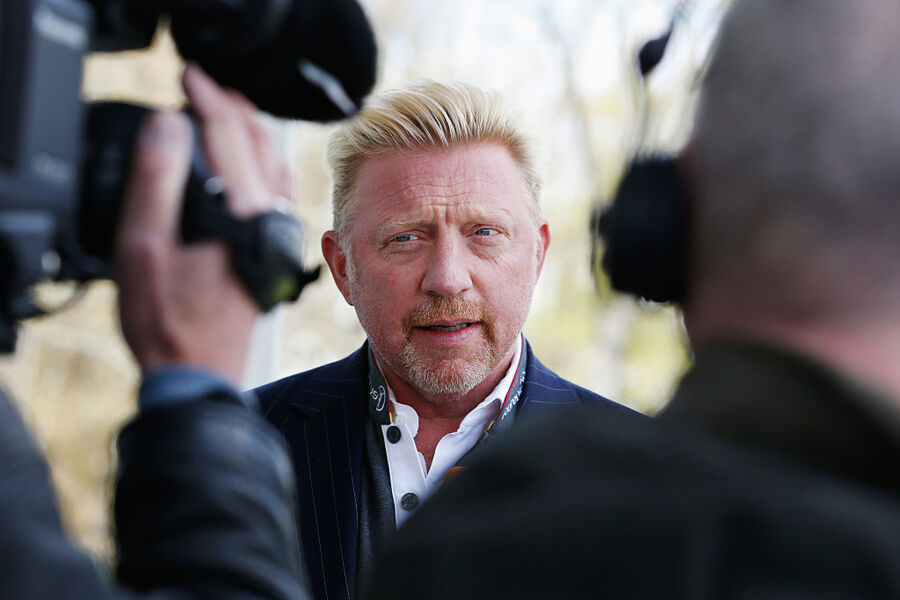 In the 1990s Boris Becker bought a sprawling 60-acre estate in Mallorca. At its peak the villa was once worth 9.4 million pounds.

In 2007 he listed the 31,000-square-foot home for 13 million pounds. Although Becker was trying to sell his long-abandoned Mallorcan estate to pay off his debts, he was thwarted repeatedly by a number of squatters who moved in in 2018. The squatters voiced their plans to stay put for the foreseeable future, with some even planning to turn the residence into "Neverland" from Peter Pan.

Tragically, Becker's property had incredible potential just ten years prior. It features 12 bedrooms, a gym, a swimming pool, a basketball court, a tennis court, and horse stables. All of these amenities were thoroughly trashed in a short span of time by the squatters. Not only that, but they stole all of the expensive furniture and anything else that wasn't bolted down. The pool was damaged in an especially serious manner after one squatter tried to use solar panels to power it. In 2020, it was reported that the squatters had been evicted after reports surfaced that they were shooting pornographic films inside the premises.

In November 2020 Boris handed his Mallorcan villa over to the British private bank Arbuthnot Latham to settle debt. 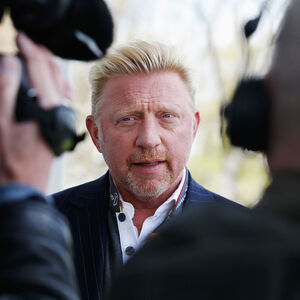