Bernard Tomic net worth: Bernard Tomic is an Australian tennis player who has a net worth of $4 million dollars. Born in Stuttgart, Germany, Bernard Tomic moved to Queensland, Australia with his family when he was three years old. He received a sports scholarship to attend The Southport School during high school.

He was an ambitious and successful junior tennis player, winning the Orange Bowl Titles for the 12s, 14s, and 16s. He made it clear that he planned to become the #1 tennis player in the world, and that he was going to win every major Grand Slam, and become Australia's youngest Davis Cup winner. He became the youngest player to ever compete in the junior division of the Australian Open, when he gained direct acceptance in 2007 at age 14. He went on to win two Junior Grand Slam titles, one at the Australian Open, and another at the US Open. He began competing in professional tournaments in 2008, when he was 15, even though he was still eligible for junior competition. He achieved his greatest success in professional Grand Slam play so far, at Wimbledon in 2011, when he reached the quarterfinals. 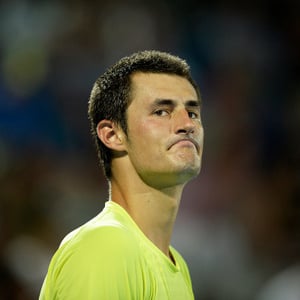