Arantxa Sanchez Vicario Net Worth: Arantxa Sanchez Vicario is a Spanish retired professional tennis player who has a net worth of $2 million. Arantxa Sanchez Vicario was born in Barcelona, Spain in December 1971. She is former World #1 ranked professional tennis player. During her career Vicario won four Grand Slam titles, six Grand Slam women's doubles titles, and four Grand Slam mixed doubles titles. Arantxa turned pro in 1985. She finished her career with 759 wins and 295 losses. She earned just shy of $17 million in prize money over her professional career. During her career she won 29 singles titles including three French Opens and a US Open. As a doubles player she won 676 matches and lost 224 and won 69 career titles including three Australian Opens, Wimbledon, and the US Open. She also won four Mixed Doubles titles including the Australian Open, French Open, and US Open. Sanchez Vicario also won five Fed Cup titles, two Silver Olympic medals, and two Bronze. During her career Arantxa was ranked #1 in singles and doubles. Sanchez Vicario was inducted into the International Tennis Hall of Fame in 2007.

Finances: Arantxa Sánchez Vicario earned $17.7 million on the court during her career. As of this writing that makes her the 22nd highest-earning female tennis player of all time behind Naomi Osaka here surpassed her on September 13, 2020 with a win at the US Open. It 2012 she published an autobiography in which she claimed that despite earning over $60 million during her career from tournament money and endorsements, her parents and brother "lost all of her money". She subsequently sued her father and older brother Javier, also a one-time professional tennis player, over the lost fortune. They settled out of court with an undisclosed settlement three years later. 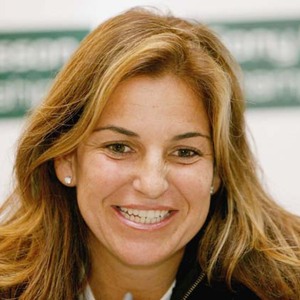