What is Andy Roddick's net worth?

Andy Roddick is a retired American professional tennis player who has a net worth of $40 million dollars. Andy Roddick is a former World Number 1 tennis player. As a right handed player, he was known for his fast services and powerful groundstroke. As an ATP tour player, Andy earned just over $20.6 million in tournament prizes. He has earned tens of millions more from endorsements. During his career, Andy Roddick won 32 titles and went 612-213 for a 74.18% winning percentage.

Andy Roddick was born in Omaha, Nebraska on August 30, 1982, grew up in Austin, Texas, and Boca Raton, Florida. He took high school classes online through the University of Nebraska High School. His tennis idol growing up was Andre Agassi and for a brief time as a teenager he trained intermittently with Venus and Serena Williams.

Roddick played competitive tennis all throughout his childhood and teenage years but considered quitting at age 17 when he had a losing streak in the juniors. His coach Tarik Benhabiles talked him into giving tennis another go for just four more months. He ended up finishing as the number six junior in the U.S. in 1999 and as the number one junior player in the world in 2000. As a junior, Roddick won the US Open and Australian Open junior single titles and he won six world junior single titles and seven world junior doubles titles.

He turned pro in 2001 at age 18 after graduating from high school. He clinched his Grand Slam singles championship with his 2003 US Open win. Andy Roddick reached the finals of four more Grand Slams, but lost to Roger Federer in each one. At age 21, Andy Roddick reached the World No. 1 ranking on November 3, 2003, the same year he reached his first Master Series title. He became the youngest American to hold the number 1 world rank since the ranking system started in 1973. His reign at No. 1 ended the following February when Roger Federer ascended to the top position after winning his first Australian Open. Roddick advanced in June of 2004 to his first Wimbledon final. At the 2004 Summer Olympics, Roddick lost to Fernando Gonzalez in the third round. Roddick finished 2004 ranked as No. 2 in the world and No. 1 in the U.S. The following year, Roddick lost to Federer in the final at Wimbledon for the second year in a row. 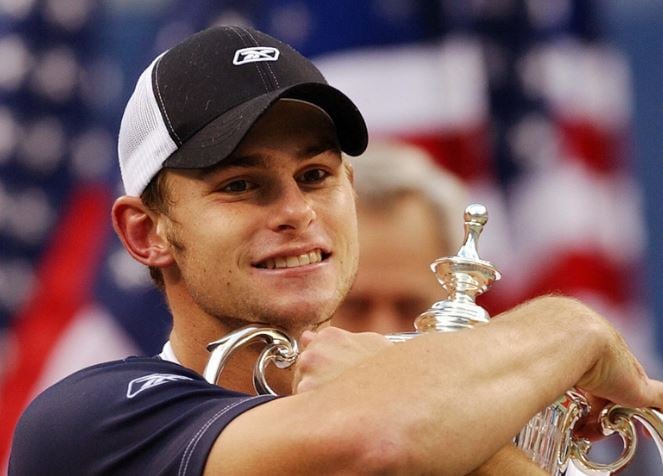 Roddick began 2007 as the sixth seed at the Australian Open. He continued his season with a string of injuries. At the Miami Masters, he gave up his quarterfinal match against Andy Murray due to a hamstring injury. He was seeded third at the French Open but was eliminated in the fourth round. At Wimbledon, Roddick was seeded third and reached the quarterfinals before losing to Richard Gasquet of France. During the summer season, Roddick played four tournaments in four weeks. Although he started out 2008 strong, Roddick was forced to pull out of the 2008 French Open due to a shoulder injury. At Wimbledon, he was beaten by Serbia's Janko Tipsarevic at his earliest exit at a Wimbledon match. He chose not to participate in the 2008 Summer Olympics but instead to concentrate on the 2008 U.S. Open. He captured his 28th ATP title in Beijing at the China Open in September and lost to Andy Murray at the Master's Cup in Shanghai.

It wasn't until 2011 that Roddick fell out of the top ten players in the world, after spending nine years in a row within the list. In 2012, he began his London Olympics with a victory over Martin Klizan. In the second round, Roddick lost to the number two player in the world at that time, Novak Djokovic. After the Olympics, he decided not to play in Toronto and went straight to the Cincinnati tournament where he lost in the first round to Jeremy Chardy.

During the 2012 US Open on his 30th birthday, Andy Roddick announced that he would be retiring after the tournament. He began his campaign with a victory over Rhyne Williams. He then went on to defeat Australian Bernard Tomic and Italian Fabio Fognini before his final match on September 5, 2012, which ended in a loss to Argentine Juan Martín del Potro. Four days after his loss, Roddick was honored in a special ceremony in Arthur Ashe Stadium for his retirement, in which Andre Agassi participated in. Due to his retirement, Roddick ended the year at number 38. In July 2017, Roddick was inducted into the International Tennis Hall of Fame.

Roddick co-hosted a radio show in 2011 for one day on Fox Sports Radio with his friend Bobby Bones of the Bobby Bones Show. Due to the success of the one-time show, Fox Sports Radio offered Roddick and Bones a nationally syndicated sports radio show. It debuted on January 7, 2012. The following month, Roddick interviewed his wife Brooklyn on the radio show and it was during that interview that he first revealed his plans on retiring and turning the radio show into a daily show and his new career. In 2015, he joined the BBC as a pundit and commentator for the 2015 Wimbledon Championships.

Other Ventures and Appearances

After his retirement from tennis, Roddick now focuses on his foundation, the Andy Roddick Foundation which seeks to ensure kids in low-income areas have opportunities to reach their full potential, through education and sports-based mentoring.

Andy Roddick has been married to Sports Illustrated swimwear model and actress Brooklyn Decker since 2009. The couple has two children and the family resides in Austin, TX.

A year before marrying, Brooklyn and Andy paid $1.1 million for a NYC apartment.

In November 2009, just a few months after marrying, Andy and Brooklyn paid an undisclosed amount for a 1.8-acre lake-front property in Austin. They listed the property, which has a nearly 9,000 square-foot home, for sale in 2013 for $12.5 million. They did not find a buyer and ultimately pulled the listing. 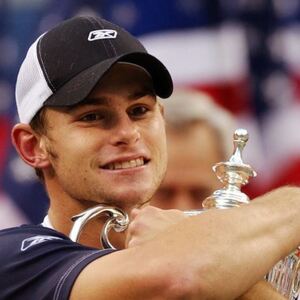