What is Andy Murray's Net Worth?

Sir Andy Murray is a professional tennis player from Scotland who has a net worth of $100 million dollars. At the peak of his career  Andy Murray was ranked by the ATP as world No. 1 for 41 weeks. Considered a national hero in the UK, he has won multiple Grand Slam and ATP singles titles, and became the first male British Grand Slam singles champion in 76 years when he beat Novak Djokovic at the 2012 US Open. Murray also won gold medals in the singles competitions at the Summer Olympics in London and Rio de Janeiro.

Murray also has one of the best two-handed backhands on the tour, with dynamic stroke execution. Over the past several years, Andy has earned between $10 and $15 million per year on and off the court. He typically averages around $5 million per year in on-court earnings.

Murray went to Wimbledon finals for the first time in 2012, winning the semifinal against Jo-Wilfried Tsonga on July 6, 2012, but lost to longtime rival Roger Federer in the final. Murray avenged the loss at the 2012 Summer Olympics, when he beat Federer and took his first Olympic gold medal, denying Federer his first singles gold medal. At the 2012 US Open, Murray defeated Novak Djokovic in five sets, becoming the first player from Great Britain to win a Grand Slam singles tournament since 1977. In July 2013, Murray won his first Wimbledon men's singles championship, making history as the first British Wimbledon champ in 77 years and only the second Scottish-born player to take the title since Harold Mahony (1896). Murray's strengths include groundstrokes with a low error rate, his ability to anticipate and react and his transition from defense to offense with speed, which enables him to hit winners from defensive positions. His playing style has been likened to that of Miloslav Mečíř.

Andy Murray was born on May 15, 1987 in Glasgow, Scotland to Judy and William. He has an older brother named Jamie who is also a professional tennis player. Murray began playing tennis at the early age of three when his mother took him to the local courts. At only five years of age, he played in his first competitive tournament, and by the age of eight, he was competing against adults in the Central District Tennis League. For his education, he went to Dunblane Primary School, where he was present during the 1996 school massacre. Murray went on to attend Dunblane High School, before moving to Barcelona, Spain to study at the Schiller International School and train at the Sánchez-Casal Academy.

Murray was already a preternaturally accomplished tennis player as a junior; at the age of 12 in 1999, he won his age group at the prestigious Junior Orange Bowl. In a rare feat, Murray won it again just two years later. He subsequently began playing on the Challenger and Futures circuits, and claimed his first senior title at the Glasgow Futures event. In 2004, he won further Futures events in Rome and Xàtiva; the same year, he won the Junior US Open. During his junior career, Murray made it as high as No. 6 in the world in the rankings. 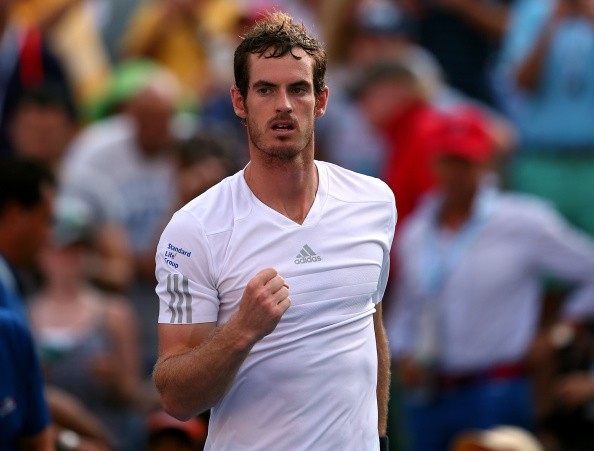 After playing in the Davis Cup in March of 2005, Murray turned professional in April. He went on to notch his first ATP match win as a wild card at the Queen's Club Championships. Following this, Murray received a wild card to Wimbledon, where he reached the third round. He subsequently won Challenger events at Aptos and Binghamton, and then had his first Masters event at Cincinnati. Later, Murray made it to his first ATP final at the Thailand Open, where he lost to Roger Federer.

Murray competed on the full circuit for the first time in 2006. At the SAP Open in February, he claimed the title by beating Lleyton Hewitt; consequently, he became the new British No. 1, ending the seven-year run of Tim Henman. In 2007, Murray cracked the ATP's world top ten for the first time.

In 2008, Murray made it to his first Grand Slam final, which was at the US Open; ultimately, he lost in straight sets to Federer. He fared better in the Masters, winning his first tournament title in Cincinnati, and then another in Madrid. Murray also won tournaments in Marseille, Doha, and St. Petersburg. He began the 2009 season defending his title in Doha, before beating Nadal in three sets in Rotterdam. Following a brief bout of illness, Murray returned to win another Masters title in Miami. Later, he won his first title on grass at Queen's, becoming the first British victor of that tournament since 1938. Murray finished the season with further wins in Montreal and Valencia. In 2010, he defended his Canadian Masters title, and won his first doubles title alongside his brother in Valencia.

Among his accomplishments in 2011, Murray won his second Queen's title; led the British team to a win at the Davis Cup; and won titles at the Western & Southern Open, Thailand Open, and the Rakuten Japan Open Tennis Championships. He also defended his Shanghai Masters title. Murray had an even more successful 2012 season, winning at the Brisbane International and becoming the first British player since 1938 to reach the Wimbledon final. He returned to Wimbledon for the Summer Olympics in London, where he claimed gold in the singles competition and silver in the doubles. Murray continued his success at the US Open, where he defeated Novak Djokovic in the final to become the first British male to win a Grand Slam title since Fred Perry in 1936.

From 2013 through 2016, Murray made it to six major finals, winning titles at Wimbledon in both 2013 and 2016. The latter year marked the best season of his career; in addition to Wimbledon, he won the Italian Open, the China Open, the Shanghai Masters, the Paris Masters, the Erste Bank Open, and a record fifth Queen's title. Further, he won another Olympic gold medal in Rio de Janeiro, making him the first player ever to claim two consecutive gold medals in tennis singles competitions at the Olympics. Murray also became world No. 1 by winning his first ATP Finals. As a result of his incredible year, the International Tennis Federation named Murray its 2016 Men's World Champion.

After his record-breaking 2016, Murray fell out of form due to various injuries. In 2017, his only tournament win of the year came at the Dubai Duty Free Tennis Championships. The next year, he was forced to withdraw from the Australian Open and Brisbane International on account of a hip injury that required surgery. Although he considered retiring due to his physical struggles, Murray ended up undergoing a second hip surgery before winning the doubles competition at Queen's. Over the subsequent years, he has continued to struggle with physical ailments and less-than-stellar performances.

In 2005, Murray began a relationship with Kim Sears, the daughter of tennis coach Nigel Sears. The pair got engaged in 2014, and married the following year. Murray and Sears have a son and three daughters.

Substantially involved in charitable work, Murray is a founding member of the Malaria No More UK Leadership Council. He has also participated in numerous charity tennis events, including Rally for Relief and Rally Against Cancer. 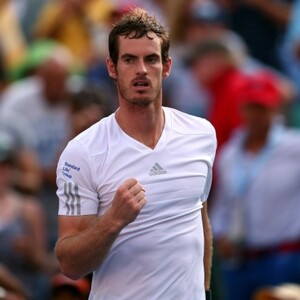