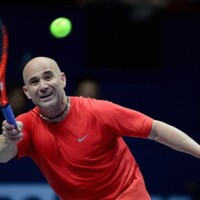 What is Andre Agassi's Net Worth?

Andre Agassi is a retired professional American tennis player who has a net worth of $145 million. Andre Agassi was ranked number one in the world and is one of only two male tennis players to have won a Career Golden Slam. He is the founder of the Andre Agassi Charitable Foundation, which works with at-risk children in Nevada and also funds a K-12 charter school.

Andre Kirk Agassi was born on April 28, 1970, in Las Vegas, Nevada, to Emmanuel "Mike" Agassi, a former Olympic boxer from Iran and Elizabeth "Betty" Agassi. He has three older siblings – Rita, Philip, and Tami.  Agassi won the 1982 National Indoor Boys 14s Doubles Championship in Chicago. He was 12.  At the age of 13, Agassi was sent to Nick Bollettieri's Tennis Academy in Florida. He was meant to stay for only three months because that was all his father could afford. After just a half an hour of watching Agassi play, Bollettieri called Agassi's dad and said: "Take your check back. He's here for free." Agassi dropped out of school in the ninth grade to pursue a full-time tennis career.

Agassi turned pro in 1986 at 16, and by 1988 he had already won more than $2 million in prize money. The 1990s featured Andre Agassi and Pete Sampras dominating the world of men's tennis. Sampras was steady and clean cut. Agassi was flashy with a bad-boy attitude. Agassi's professional career spanned from the mid-1980s to the early 2000s. He has won the Grand Slam eight times. He's a 1996 Olympic gold medalist. During the era of tennis commonly called the Open Era, Agassi was the first men's tennis player to win four Australian Opens. He's one of just five men's singles players to win the Career Grand Slam in the Open Era and one of just eight overall throughout the history of tennis. He is the first player of two to date to win the Career Golden Slam and the ATP Tour World Championships. He was also the first men's tennis player to win all four Grand Slam tournaments on three different tennis court surfaces (hard, clay, and grass). He was part of the winning Davis Cup teams in 1990, 1992, and 1995. He was named the World No.1  for the first time in 1995.  By 1997, he had fallen to No. 141 due to personal issues. However, by 1999 he was No. 1 again. The next four years were the most successful of Agassi's career.

In 2005, then-35-year-old Agassi managed to make it to the finals of the U.S. Open but lost to Roger Federer. Already plagued by back problems, he officially retired on September 3, 2006, after losing in the third round of the U.S. Open/ 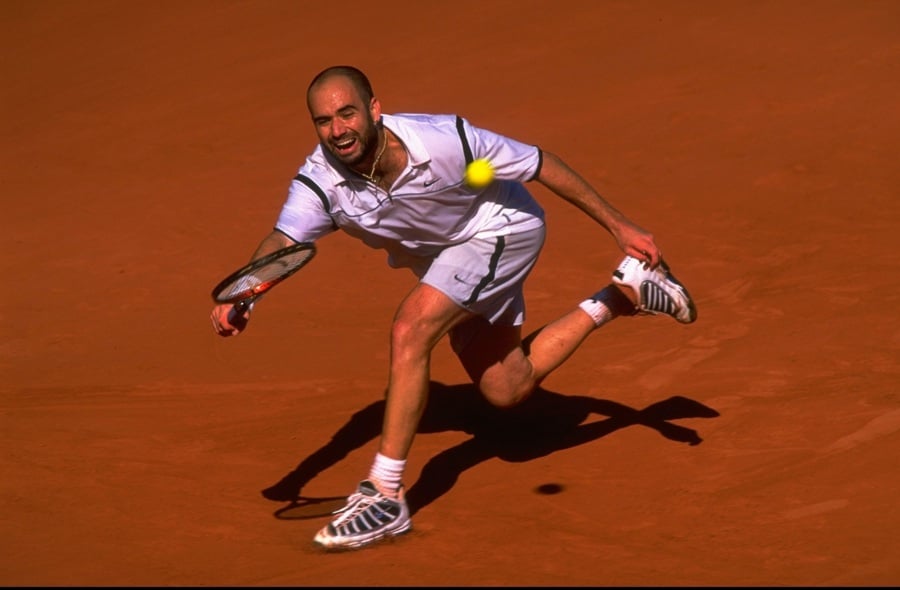 Agassi and his wife Steffi Graf formed a company called Agassi Graf Holdings. They invested in a nightclub at Caesars Palace called Pure. The nightclub opened in 2004. Agassi and Graf sold their stake in Pure to Angel Management Group in 2010.

In August 2006, Agassi and Graf entered into a deal with high-end furniture maker Kreiss Enterprises to launch a furniture line called, of course,  Agassi Graf Collection.

In 2001, Agassi opened the Andre Agassi College Preparatory Academy in Las Vegas. The school is a tuition-free charter school for at-risk children in the area. He personally donated $35 million to the school.  In 2009, the graduating class had a 100 percent graduation rate and expected a 100 percent college acceptance rate.

Agassi also supports Child Haven, the only residential facility for abused and neglected children in Las Vegas. In 1997, Agassi donated funding to Child Haven for a six-room classroom building now named the Agassi Center for Education. His foundation also provided $720,000 to assist in the building of the Andre Agassi Cottage for Medically Fragile Children. This 20-bed facility opened in December 2001 and provides comprehensive care for children who arrive with injuries or contagious illnesses, or who require physical and developmental care.

Agassi dated Barbra Streisand in the early 1990s despite their 28 year age difference. He married Brooke Shields in 1997. They divorced in 1999. On October 22, 2001, Agassi married retired tennis player Steffi Graf in an intimate ceremony at their Las Vegas home.  They have two children, son Jaden, born in 2001, and daughter Jaz, born in 2003.  The family resides in the Las Vegas community of Summerlin with Graf's mother, brother Michael, and his four kids.

Agassi founded the Andre Agassi Charitable Association in 1994, which assists Las Vegas' young people. He was awarded the ATP Arthur Ashe Humanitarian award in 1995 for his efforts to help disadvantaged youth. He has been cited as the most charitable and socially involved player in professional tennis. He very well may be the most charitable athlete of his generation.

Agassi's charities help in assisting children reach their athletic potential. His Boys & Girls Club sees 2,000 children throughout the year and boasts a world-class junior tennis team. It also has a basketball program (the Agassi Stars) and a rigorous system that encourages a mix of academics and athletics.

Agassi and Graff live in a huge compound in the Summerlin community of Las Vegas that has its own tennis court, of course.

They previously lived in a town called Tiburon, in Marin County, California. They bought their 10,000 square-foot Tiburon mansion in 2001 for $23 million. The 3.5 acre property also had a guest house for staff that is 2,500 square feet as well as two swimming pools, three spas, a hot tub, a cold plunge, a stream, and a hydrotherapy waterfall. Agassi initially listed the home for sale for $24.5 million.

In January 2007 he accepted $20 million, a $3 million loss, from a buyer named Stuart Peterson. Stuart is the manager of a hedge fund called Artis Capital. In 2005, Artis and Sequoia Capital gave the founders of YouTube $11.5 million in venture funding. Three months before buying the Tiburon property, Google purchased YouTube for $1.65 billion in Google stock. Artis received 176,621 shares of Google from the deal. At the time the deal closed those shares were worth $83 million. If Artis held on to those shares, today they would be worth more than $400 million.

After buying Andre and Stefi's house for $20 million, Stuart and his wife shocked their neighbors when the filed plans to completely raze the entire property. In its place they constructed a 20,000+ square foot multi-structure compound with perfect views of the Golden Gate. Today the property is likely worth $60-80 million.