What is Alexander Zverev's Net Worth?

Alexander Zverev is a professional tennis player from Germany who has a net worth of $14 million. Alexander Zverev been ranked in the ATP top ten since the summer of 2017. Among his achievements, he won titles at the 2018 and 2021 ATP Finals, as well as a gold medal in the singles competition at the 2020 Summer Olympics in Tokyo. Earlier in his career, Zverev was a junior world No. 1, and became one of the youngest Challenger title winners in history.

At the age of 13 in early 2011, Zverev played his first junior match in Poland at a Grade 4 tournament. The next year, he won his first ITF title at the Fujairah Junior Championships in the United Arab Emirates. A few weeks after that, Zverev notched a Grade 5 title at the Oman International Junior 2. He went on to reach back-to-back doubles finals alongside Spencer Papa at the Copa Gerdau and the USTA International Spring Championships in 2013. The same year, he improved his singles performance to claim his first Grade 1 title at the Open International Junior de Beaulieu-sur-Mer. Following this, Zverev won his first Grade A title at the Trofeo Bonfiglio, and came in second place at the French Open. Although he didn't quite reach the singles final at the 2013 Junior US Open, his success was great enough that he took over the junior world No. 1 ranking. Moreover, Zverev was named the ITF Junior World Champion. In 2014, his final year as a junior, he claimed singles titles at both the Traralgon Junior International and the Australian Open.

In August of 2012, Zverev won his professional main draw debut at a Futures event in Germany. At the end of that year, he made it to his first professional final, finishing in second to Florian Reynet at an ITF event in Florida. In 2013, Zverev made his main draw debut on the ATP Tour at the International German Open, where he ultimately lost to Roberto Bautista Agut. His professional breakthrough ultimately came in the summer of 2014, when he won his first professional title, the Braunschweig Challenger. Zverev continued his success at the ATP Tour level, winning his first career victory in the International German Open against Robin Haase and making it to the semifinals.

Zverev qualified for his first Masters event, at the Miami Open, in 2015; he ultimately made it to the second round. Later, during the clay-court season, he teamed up with his brother and reached the ATP final in doubles at the Bavarian International Tennis Championships. Shortly after this, Zverev won his second career Challenger title at the Heilbronn Neckarcup. Cracking the ATP top 100 for the first time, he went on to be accepted into Wimbledon. After this, he reached the semifinal at the Swedish Open, and competed in two US Open Series events. Zverev began the 2016 season by competing at the Australian Open and the Open Sud de France. He soon reached his first ATP singles final at the Open de Nice Côte d'Azur, where he came in second to Dominic Thiem. Zverev subsequently had a major accomplishment at the Halle Open, where he upset Roger Federer in the semifinals. Another success came at the St. Petersburg Open, where Zverev won his first career ATP title. Following a third-round appearance at the Shanghai Masters, Zverev rose to world No. 20 in the rankings. 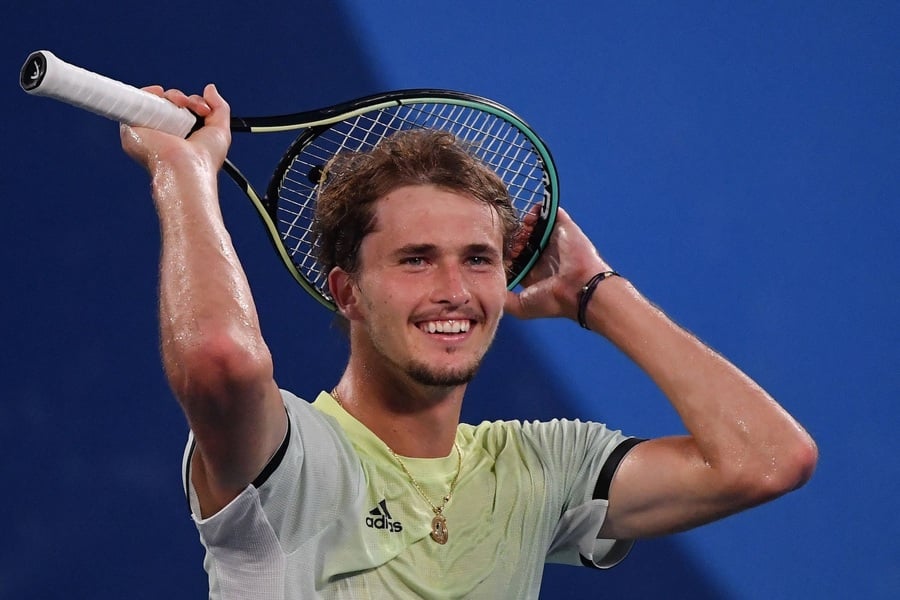 Zverev had his greatest professional year yet in 2017. At the Open Sud de France, he won both the singles and doubles events, and the month after that, made his first Masters quarterfinal at the Miami Open. Zverev went on to claim titles at the Bavarian International Tennis Championships and the Rome Masters, the latter being his first Masters title. He then claimed titles at the Washington Open and the Canadian Open. Zverev finished the year ranked world No. 4. He only improved in 2018, managing to keep his top-five ranking for the whole year. During that time, Zverev won at the Madrid Open; defended his titles at the Bavarian International Tennis Championships and the Washington Open; and beat Novak Djokovic in straight sets in the ATP Finals to claim his biggest title yet. Zverev's only title in 2019 came at the Geneva Open, where he beat Nicolás Jarry in the final.

In 2020 at the Australian Open, Zverev reached his first Grand Slam singles semifinal; ultimately, he lost to Dominic Thiem. He then reached his first-ever Grand Slam singles final at the US Open, where he once again lost to Dominic Thiem. Later in the year, Zverev claimed two straight ATP 250 events in Cologne. He performed even better in 2021, winning six ATP titles including his second ATP Finals title. Moreover, Zverev won Masters 1000 titles at both the Madrid Open and the Western & Southern Open, and claimed his first Olympic gold medal at the Summer Games in Tokyo. In 2022, Zverev played at the Australian Open and the Acapulco Open.

Beyond the ATP Tour, Zverev has participated in many international team events. In 2017, he took part in the inaugural Laver Cup in Prague, where Team Europe beat Team World. During the subsequent two years, he won the clinching matches for his team. Zverev has also competed in the Davis Cup; he won his first tie in 2018, and claimed another in 2019. In his other team playing, Zverev represented Germany at the Hopman Cup for four straight years from 2016 to 2019. He also represented his country at the ATP Cup in 2020 and 2021.

Zverev previously dated Olga Sharypova. In an article published in the magazine Racquet, Sharypova accused Zverev of physical and emotional abuse during their time together. Zverev was next in a relationship with Brenda Patea, with whom he had a daughter in 2021. After they separated, he began a relationship with actress and model Sophia Thomalla.

Zverev resides in Monte Carlo, Monaco. He is fluent in German, Russian, and English. In his spare time, he plays golf and basketball. 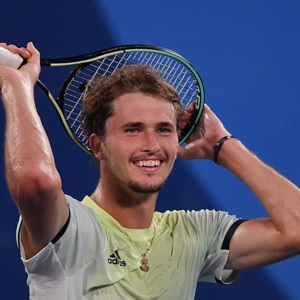