Her highest career ranking was #2 in July 2012 and as of August 2015 she is ranked #7 and has won 14 career singles titles. She became the first Polish player in the Open Era to reach the singles final of a Grand Slam which was the 2012 Wimbledon Championship. Radwanska was also the first Polish player to win a WTA singles title at the 2007 Nordea Nordic Light Open. In 2006 she won the WTA Award for Most Impressive Newcomer. From 2011 to 2014 she was voted the WTA's most popular player. In 2013 she was awarded the Gold Cross of Merit by the Polish President. Radwanska reached the final at Wimbledon in 2012 and the semifinal of the Australian Open in 2014. She has also won four doubles titles and reached the semifinals of the Australian Open in 2010 and the US Open in 2011. Radwanska won the Hopman Cup in 2015. 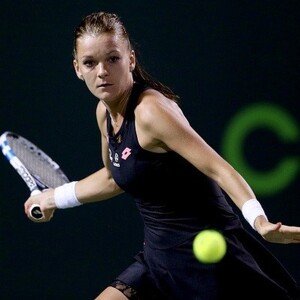