Yoann Gourcuff Net Worth and salary: Yoann Gourcuff is a French international footballer (soccer player) who has a net worth of $25 million dollars. Born July 11, 1986 in Ploemeur, France, he currently plays for Lyon in Ligue 1. Gourcuff mostly serves as an attacking midfielder, but sometimes acts as a withdrawn striker, an ability which has earned him the praise of "playermaker of real quality" who "is an accomplished passer of the ball.

He has been described by former French International David Ginola as the best French player of his generation. His playing style and ability have been compared to French legend Zinedine Zidane. Gourcuff is the son of Christian Gourcuff, the current manager of Ligue 1 club FC Lorient, where Yoann Gourcuff began his career. In 2001, Yoann followed in his father's footsteps and joined Rennes, soon becoming a fan favorite and capturing the interest of international clubs. In 2006, Gourcuff moved to Italian club AC Milan (2006-2008). He went on to play for Bordeaux (2008-2010) and Lyon beginning in 2010. He also played for numerous French national teams beginning in 2002. Gourcuff is from a very athletic family, with a mother who was a basketball player, an older brother who is a competitive swimmer and cyclist and a father who played for several clubs in such countries as France, Switzerland and Canada, but was known mostly for his time at Rennes, Lorient and Le Mans. 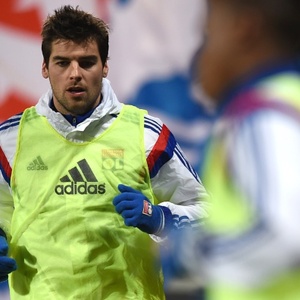