Yaya Toure net worth and salary: Yaya Toure is an Ivorian football (soccer) player who has a net worth of $70 million dollars. Yaya Toure began playing football with the ASEC Mimosas youth academy team in Cote d'Ivoire in the mid-90s. From there, he relocated to Europe, where he spent two and a half years playing for Beveren in Belgium.

His ability to play multiple positions well, proved to be both a blessing and a curse. The team's manager felt that he was "completely average", and was uncertain of how to utilize his skills. He moved to Metalurh Donetsk in the Ukraine for a year and a half, and then spent a year with Olympiacos. It was with Olympiacos that he began to gain widespread attention. After signing with AS Monaco, he had a difficult first year, but hit his stride when he moved to Barcelona. In 2010, he began playing for Manchester City, and has had a very successful time with the team. He was signed with them through 2017. In 2018 he jumped to Greek team Olympiacos. 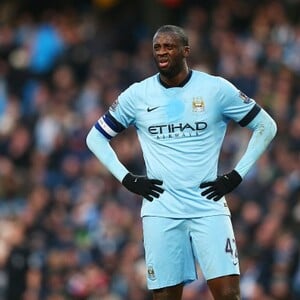